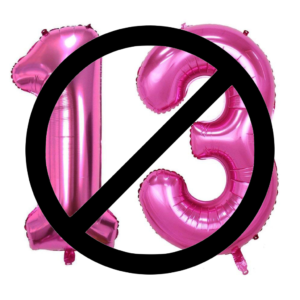 A One Minute Word (OMW)

I am not squeamish, and I am not a prude. And I sometimes over-share. Just ask my children, who correctly maintain that I am not to be trusted with information that I might consider worthy of discussion and of interesting contemplation. I have been removed from more WhatsApp Groups than I care to acknowledge, and my wife has forbidden the children from forwarding me messages in case I use them for nefarious purposes.

The list of people who don’t speak to me over an article that I might have written (or not written) grows daily and I often have to really strain to recall why it would be that I would be persona non grata amongst a particular cohort.

On my daily morning show on ChaiFM, I have a slot called the One Minute Word. The idea is to give people 60 seconds to convey a message. Mmusi Maimane, leader of the DA, Rev Kenneth Meshoe, leader of the ACDP, South Africa’s Chief Rabbi Dr Warren Goldstein have been a few recent contributors. And now my 13-year old daughter Abby has been added to that list. I blame my producer for not telling me and for the conspiring to shame me as it did.

I had no idea this was coming until it was way too late. Abby, it turned out, used the 60 seconds allocated to her to compile of list of ten things that I should never say to my daughter in public. You can listen to it below:

Here are a few items that stood out for me;

People often discuss what it takes to be a good parent. Ideas include all sorts of things that might or might not be valid. My view is that all you need to manage a 13-year old girl is a great sense of humour, nerves of steel and the self esteem of an Egyptian Prince. Anything else and honestly, you won’t last a day.