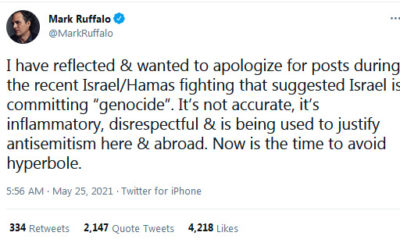 I wrote this article in my head. And it was brilliant. It unquestionably will not translate as well to the written word because it never does. But I am going to give it a bash in any event, knowing that it will never be as fluent, and knowing full well what type of reaction I am likely to receive. Because I want to give some context to what it means to be a South African who is a Zionist.

And that is not going to be easy.

Jews are not victims. We might have been the victim of genocides in almost every century, but we do not perceive ourselves as such. We in fact use the description of a “Holocaust survivor” and not Holocaust victim” as we inherently look forward to our future and our survival. We are born knowing that we will be persecuted, knowing that in each generation there will be those who rise up to try and destroy us, and we know that whereas they might manage to a greater of a lesser extent, that we will endure.

We also are aware that anti-Semitism is never presented simply as Jew hatred. And if it is, it rarely succeeds. It is almost always showcased in the form of social justice. In Spain we refused to convert to Christianity and therefore could not be tolerated whilst in Germany we were apparently responsible for the financial and economic woes of the country. In Eastern Europe thousands of Jews were murdered because of a rumour that we used a Christian child’s blood for our wine or matza.

There is always a reason. And it is always masked as something else.

We are not surprised by the use of the distortion of reality in this battle. The Protocols of the Elders of Zion, Mein Kampf and more recently social media have been used brilliantly in this regard. We are now being told over and over that Jews are responsible for the genocide of the Palestinians. So often repeated that it sounds factual, whereas the very opposite is true: Hamas in their charter call for the murder of every Jew who lives in Israel, and who fires rockets at civilian cities in Israel. Israel is accused of ethnic cleansing whilst it was the Arab countries who expelled their Jews. Yet it is still Israel and Jews around the world who are blamed.

Not that we are surprised. Many in 2021 might be new to anti-Semitism. We are not. We have seen this before and our children’s children will see it again.

In just one week in May, variations of the phrase “Hitler was right” were posted more than 17,000 times (according to the Anti-Defamation League). Violence against Jews has spiked in countries across the world. And whilst it has been limited here in South Africa, it didn’t stop someone last Friday evening from walking into a shopping mall in the Jewish area with a metal pole to try and find a Jew to beat up. Sadly, he instead found a Muslim barber and tried his best to beat him. He was arrested, more than anything, I imagine, for being the world’s worst anti Semite.

As my daughter said, “He really should have had a better game plan.” I actually felt bad for him.

Here is something to consider;  Criticism of Israel is not necessarily anti-Semitism. Obsession with Israel is. And whereas of course there are causes that “talk” to each of us more than others do, if the suffering of none others in the world are a concern to you besides the Palestinians, then you might want to take a moment and consider why. If you block someone who presents alternative views to your narrative, if you are offended by books that tell a different story, then there is a good chance that there might be a problem. And if you take to social media, as a few South African influencers have done demanding that Jews decide where they stand on Israel, then you are no different to the Spanish who asked that of us as well. All for “the good of society”.

The shrill, often hysterical reporting hasn’t helped either. One sided reporting has no doubt contributed to the rise of anti-Semitism. And I often wonder if I wasn’t Jewish and if I didn’t have a reasonable understanding of the situation in Israel if I wouldn’t be a bit anti-Semitic myself.

Who could blame me?

Social media activists and celebrities have done us no favours.  With little or limited understanding of the situation they have fanned the flames. Mark Ruffalo, an outspoken critic of Israel had the following to say, “ I have reflected and wanted to apologise for posts during the recent Israel/ Palestinian fighting that suggested that suggested that Israel is committing “genocide.”  It’s not accurate, it’s inflammatory ,disrespectful and is being used to justify antisemitism here and abroad. Now is the time to avoid hyperbole.”

Despite the perception created, Israeli Arabs have the same rights democratic rights as Israeli Jews. And despite the created perception, Gaza was intended to be an independent country. It is not occupied by Israel. It also boarders Egypt, something that is hardly mentioned

To be pro-Palestinian doesn’t mean being Anti-Israel. Most Jews are in fact fully supportive of the Palestinian cause. And often critical of Israel. But in a world where Israel can do no right and the Palestinian leadership can do no wrong, then it is very difficult to progress.

What is clear to me is that giving Hamas and the Palestinian Authority a free pass by not holding them responsible for their role in the conflict will harm, not serve the Palestinians. Just as much as giving Israel a free pass doesn’t.

I have no idea why anti-Semitism is one of the world’s oldest prejudices. I don’t know why anger at Israel results in Jews in Los Angeles and New York and in London being attacked. But I do know that in some ways we are people much like others. Some of us are good. Some are not. And none of us deserve to be hated because of our religion. I also know that whereas we are small in numbers, I know that we have endured worse, that we have survived and that we are not going anywhere.