As the author of three successful books – Carry on Baggage; Tightrope: Musings of Circus South Africa and the latest Smile, Dammit Howard enjoys a flair for the written word. He is a regular columnist for both Global and South African publications such as The Economist, SA Jewish Report, Times of Israel and News24 amongst many others. Howard Feldman’s 3rd book reached the best seller list in Exclusive Books in June 2019 reminding us all of the superpower of positivity.

Smile, Dammit! is a book about optimism and hope. It is about spring and new beginnings, and about endings that are happy - even if sometimes, along the way, the journey is not. It is about learning the critical skill of holding a mirror up close and loving what you see - and changing that which you don’t.

In short, this book is about harnessing the immense super-power of positivity. 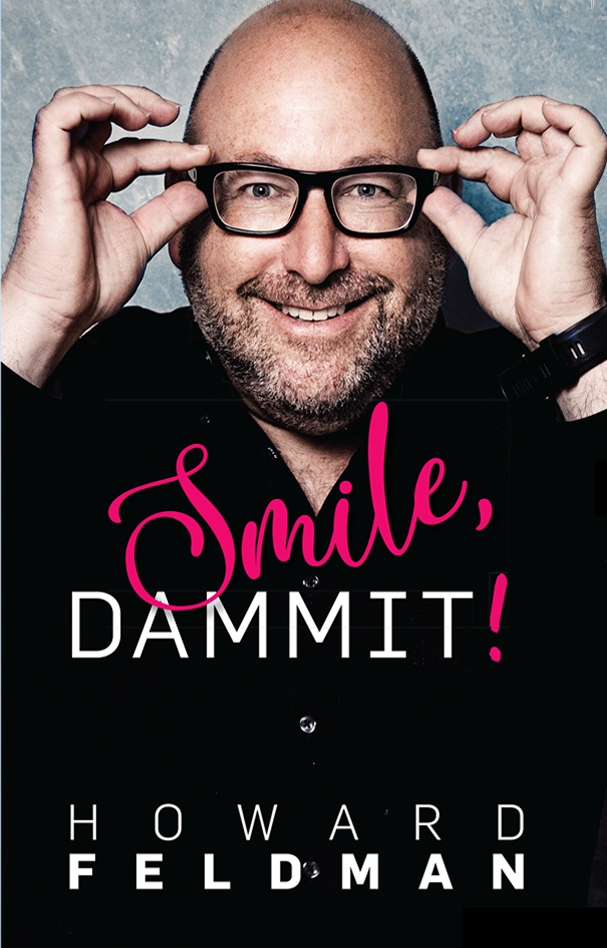 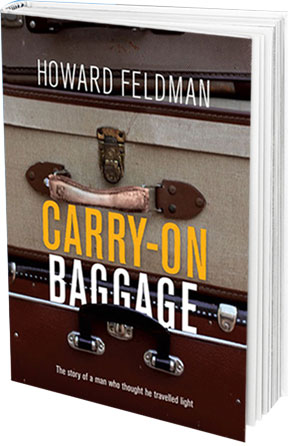 Carry On Baggage tells the story about Howard Feldman’s days as a high-flying commodity trader, living a seemingly perfect life, with a perfect wife and perfect children, in an unbelievably perfect world. His tie was Hermes and belt Ferragamo. Suits were Boss or Armani, shoes were Prada.

But then this "King of Chrome" gets attacked. And attacked again. Then he gets sick. His business folds. And his carry-on baggage simply gets too heavy to hold.

As Howard unpacks his bags - both literal and metaphorical - he unravels all the "perfect" banners he has raised to the world, his family, his community and himself. He measures their value against a new benchmark of success, and reconsiders his life's travels from Zug to Zimbabwe, New York to Tel Aviv. Returning home to South Africa, he discovers not just the meaning of home, family and friendship, but also himself.

Tightrope... Musings on Circus South Africa is a collection of cutting observations written as events that have unfolded in South Africa. Some published, some not, some riotously funny and as absurd as parliament itself, but all thought-provoking and insightful. Because when one ignores the bandstand noise, when one sees past the clowns, the Act is not that funny at all." 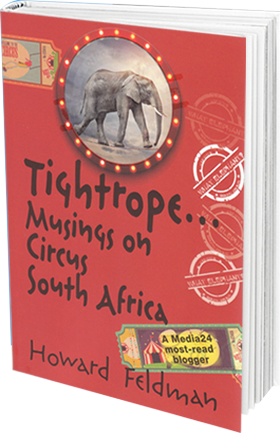 Get Your Copy Now