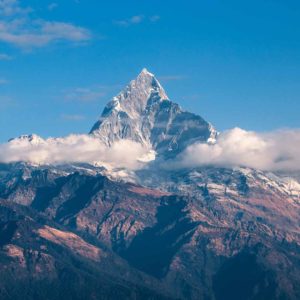 I was quick to embrace my first midlife crises. I went full throttle in my early 40s where I changed career direction, wrote a few books, re-evaluated my focus and adjusted lifestyle. I thankfully held on to my family. I might have purchased a silly but impressive sports car that fitted two sleek and cool BMI appropriate adults, but I was still cautious not to throw the literal baby out with the non-literal bathwater.

I am now a few weeks short of turning 50 and am finding myself to be in a flat-out panic. I cannot for the life of me reconcile myself to being fifty years old. Any way I look at it, it feels and sounds appalling. Even worse than that 50 sounds breathtakingly boring. And if there is anything that I can’t handle, it’s that.

No matter how many times I am told that 50 is the new 40 and that I am only as old as I feel, and that being 50 “beats the alternative” (i.e. death), the thought of being fifty, quite honestly scares the hell out of me.

Because in my mind’s eye, 50 years is old. And I am not. Obviously.

And yet the signs are all there. I have begun to speak about the past as though sunlight shone through a golden prism that illuminated everything it touched. More and more, I find myself speaking of a time when the weather was never dull and we when we spent endless days circling the neighbourhood on our bicycles with friends who offered a companionship so pure and uncomplicated that they might well have been angels. As we all were.

I have caught myself speaking of the strangeness of my parents’ behaviour and decisions as though they were quaint and adorable, and not downright weird. As recently as last week I found myself chuckling at my father’s serious contention, back in 1978, that television was “just a fad” and that he for one was not going to be the only “Shmuck” buying into it. “No siree!” Not him. The truth is that even at a young age I thought he was stark raving mad. Now I remember that incident with fondness whilst I wear vague and distant smile, that I have always found creepy on old people.

That was then. Now the incident glows with the warm light of nostalgic memory.

Medication is another area where the signs are obvious. I have, following the example of men of my age, added one chronic medication to my daily routine each decade, and I wonder what will be next for me. In my 30s it was Statins, in my 40s it was Nexiam for acid reflux, and in the spirit of openness, I acknowledge that I have also taken a touch of high blood pressure meds, but I think that was because of my early midlife crises – which is more stressful than one might imagine. It might also be the few additional kilograms that one tends to hold on to with each passing year.

If anything screams aging, it’s the discussion about what tablets one takes. And what side effects they might cause. But I can hardly help myself. Because I am almost 50.

I understand there are magnificent examples of men (and women) who at even older than fifty have yet to hit their stride. There are countless illustrations of people who are healthy and who appear young and who even became triathletes. I have heard stories of over 50s who decided that Everest was a mountain worth climbing and that babies were worth having. Even at that age.

I am just not sure I am that fond of mountains. Especially the very high ones. And babies are off the table.

Being (almost) 50 means seeing your parents in your own behaviour and expressions as well as witnessing your late grandparents reflected in the eyes of your children. It means being in the unique and privileged position of being able to glance back at the past and forward into the future and knowing that there is a continuum. Most importantly it means that you are part of a chain that snakes back and evolves forward. The chain might be strained at times, but it doesn’t break, because you are one of the pieces that holds the links together.

The thought of turning 50 is a frightening one. But being apprehensive (read: dead scared) about the milestone doesn’t mean that I don’t see the privilege of doing so. I am deeply grateful for all I have. Just don’t expect me to become and athlete or climb a mountain.