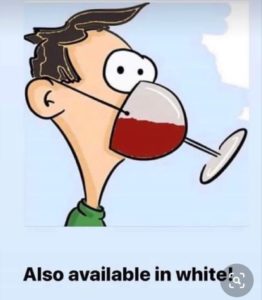 Help me out here. Let’s assume that I was in the market for a new 53 Inch television and that I had no intention of paying for either the item or my TV license. And let’s assume that I wanted to join the looters this morning because I have some time on my hands. Where would I find out where the group was meeting? That the “spontaneous” gatherings of looters seem to know where and when to gather and is more organized than a church picnic has to be a sign that there is more to the communication than we are being told. And whereas I don’t have to be aware of what that entails, I would hope that our intelligence agencies are.

It is not as if this wasn’t expected. The arrest of former President Jacob Zuma could not have been slower if he walked from Nkandla to hand himself in. So unhurried was the process that Carl Niehaus even had the time for a costume change as he slipped from his camouflaged fatigues into something more comfortable. And more paisley. There was also time for the design and dissemination of posters that called for the shutdown of the country. And although I didn’t have to take the information seriously, our intelligence agencies needed to. They needed to assess if the risk was real and credible. And if so, they had an obligation to deal with it.

Which by all accounts, they did not.

Besides the above is the knowledge that Jacob Zuma is not uncomfortable with using social media misinformation to his advantage. The Bell Pottinger “White Monopoly Capital” campaign, although evil, was masterful in its execution. Jacob Zuma deliberately divided South Africans at the time against each other, with the WMC becoming the diversion and the catchphrase of a dangerous plan to rob the country of its assets and wealth. It worked for a while, before we were awoken to the reality that there was not only little substance to us, but also little depth to which Jacob Zuma would not be prepared to sink. It is no stretch at all to imagine that the “bots” used then, and the misinformation tactics could not be deployed to cause as much mayhem and panic now when he has even less to lose.

Anyone who paid attention on Twitter during President Ramaphosa’s address to the country Monday evening would have been seen by the number of bots employed to create the impression that support for Zuma is significantly greater than it is. Meaning, a few sad old men in wearing paisley.

Even with all the information at hand, President Ramaphosa’s address to the nation was underwhelming. Admittedly there was a calm and measured manner in his presentation, but there was no steely and determined resolve we wanted to hear. Or needed to. The President wasn’t even angry with the looters. He was just disappointed. Because, as a country, it’s not “who we are”. I can only assume that he means State capture aside, it’s not who we are. Because if that is taken into the equation, it’s pretty much exactly who we are.

There was also little in the way of optics or visual messaging. In other countries we might have seen the President addressing the nation, not on his own, but surrounded by the Minister of Police, “National security” and leadership from the party. The inclusion would have showed that he is not a man alone. It would have illustrated that he has the support of his party and that there is unity in the desire to solve the current crises. Add the fact that we have seen so little of the Minister of Police Bheki Cele through this crisis, and one must wonder if what we didn’t see during the speech is more significant than what we did.

The President continues to ask South Africans to be cautious about spreading misinformation on social media, whether it concerns the Covid pandemic, vaccines on the looting. He is right. But then he and his government have the responsibility to provide the country with credible information. Failure to do so will create a vacuum that will be filled. Filled either by the Zuma misinformation campaign or by concerned citizens who are simply trying their best to make sense of a senseless situation.