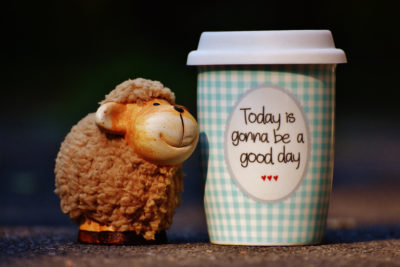 I am not normally the type to easily take offence. Often, in fact, I am more relieved about not being invited to a function or celebration than I am thrilled to go. It’s not that I am an introvert. Quite the contrary. But I do understand that places are limited at most venues and finance is always a concern. All this means that you cannot be invited to everything.

That said, I have to say that I am a little disappointed to have not been asked to the big Clifton Sheep on a Spit event. Seems that anyone who is anyone is writing about this social event of 2018 and I am now wondering if it’s going to be an annual happening. Like the Durban-July (only with less clothes and more sun screen).

It is not like space was a concern, as crowds could have easily spilled over onto 3rd, 2nd and so on.  I would even have happily brought my own pink tonic water (assuming that I could have found a store that has not run out of this precious commodity). I certainly would happily have popped past Woolies to pick up a little jar of their mint sauce (goes so well with lamb).

Either way, I somehow missed this and was nowhere near 4th beach at the time that Dolly (note: this is not her real name. Her name has been changed to protect her identity) met her untimely death. I am not even clear if there were pre-drinks and if so, where they took place. I did hear someone say it might have been at the SPCA in Epping. But that could well have been the after party.

The whole event had something to do with a story that I honestly don’t understand. There was definitely something about a private security company that removed people off the beach (or part of it) after 6pm one early evening. Beaches in South Africa cannot be privately owned which means that it is unlikely that they were empowered or authorised to do this. Social media went a little nuts about this and conflicting stories emerged.

One concern was that it bore the traits of being a South African racist legacy event. One has to remember that beaches in the country, under an apartheid government, were segregated and this remains a painful part of South Africa’s history. The other narrative was that there were 2 attempted rapes, and this was a response to these incidents. Neither version of the events seems to be accurate. But that hardly seems to matter.

Lack of clarity didn’t stop the political outrage opportunists from taking advantage of this and in trying to gain a little publicity. In no time at all, poor Dolly (not her real name) from being selected as a sacrificial lamb (so to speak). A small but vocal group descended on the beach, it seems wearing any political clothing that they had in their cupboards. I even saw photos of someone in a “Free Palestine” T-shirt and wondered how on earth this was going to be turned into an anti-Israel thing. As far as I know, neither Dolly or her anyone in her family was even Jewish, let alone Zionists.

Besides Dolly the other big loser in the story is Cape Town. As an annual visitor to one of the most beautiful cities in the world, I am saddened by how empty this December holiday season is. There is no doubt that Cape Town has taken a major knock because of last year’s water crises and will take some time to recover. This kind of publicity is the very last thing that is needed right now.

If we don’t care about Dolly (and we should!), let’s at least worry about the economy and the number of people who will lose their jobs if global tourists choose Thailand instead of Cape Town. This negative publicity is not limited to local coverage and one shouldn’t underestimate the damage that it does.

Outrage politics has become a way of life for South African politicians looking to gain notoriety. It’s as cheap and unimpressive as it selfish and damaging.

It very sadly also works for the politicians. Who it doesn’t benefit, are the people and of course the sheep of this country.

Here’s an update on this story.

If you enjoyed this piece, read more of my articles here