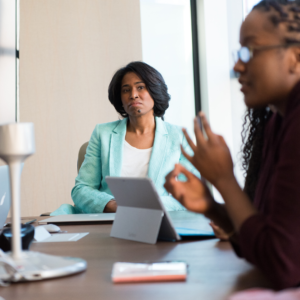 Hardly a day goes by when I don’t receive a message from someone who is unhappy about something I have said or written.

Recently, on my radio show when I suggested that a politician’s tweet was not in good taste, I received the following text from an anonymous listener,

“Howard, I sit up and take notice when you talk about bad taste: you are after all the emperor of bad taste.”

I am not alone. I have no doubt that we have all had an unpleasant peer review or had work harshly critiqued by our superiors and not know how to handle it. Receiving criticism is never easy and can sometimes make us feel discouraged and demotivated.

What is important, however, is to be able to determine when criticism can be useful and help us grow, and when to discard it as a pure insult, with little value to us.

I would like to assist with this. How can we best receive criticism and how can we reach a point where it is actually possible to even appreciate criticism?

What criticism does to us
Most of us, upon receiving negative feedback, become defensive and sometimes even aggressive. This is because we usually find it difficult to hear and properly process what the other person is saying to us. We tend to see criticism as an attack. As a result, we physically react and enter a fight-or-flight status.

What this means is that in some cases our shoulders tense up and our heart rate increases. Adrenaline surges through our system and our brains don’t work as we would like them to.

Alternatively, we “flight.” This means removing ourselves from the person and even finding ways to avoid the person giving the criticism in the future.

The “flighters” amongst us tend to run to our “cheerleaders”. Typically these are people who won’t challenge us but rather, make us feel good about ourselves. Cheerleaders can be our parents, friends, partners or other colleagues who support us.

Fight or flight is rarely the best option as it doesn’t require us to take in anything and do any self-introspection.

Ray Dalio, founder of the world’s largest hedge fund firm, Bridgewater Associates, encourages us to embrace criticism as opposed to shying away from it. He believes that one should surround themselves with people who can challenge their ideas and thoughts. And he isn’t wrong. People who always agree with us because of so-called loyalty, rarely help us to grow. It is imperative to give people the space to question, as well as to have an opinion that is different from us no matter what position or qualifications we hold.

Dalio also explores the concept of radical transparency. Radical transparency is described as “creating a culture that is direct and honest in communication and sharing of company strategies so that all people are trusting and loyal to the continuous evolution of the organization”. There are a few rules to establishing radical transparency such as determining boundaries and forging mutual agreements between parties to enforce respect amongst them and eliminate any resentment that might fester from the establishment of transparency.

Although few of us would be able to function in an environment of radical transparency, it is still important to be able to slow our heartrate’s down so that we can really hear, contemplate and ponder the criticism that we might be receiving. It takes a tremendous amount of work to be able to “own” a mistake or a fault, but it is massively liberating if we are able to do that.

Dishing out criticism
It is as important to be able to criticise constructively as it is to take it on. Sometimes people have the best knowledge to impart but the delivery of their words come across as harsh and demeaning. It is crucial to understand the difference between criticism and insults and how quickly criticism can turn into an insult in the eyes of the person receiving it.

Here are a few do’s and don’ts of giving out criticism: