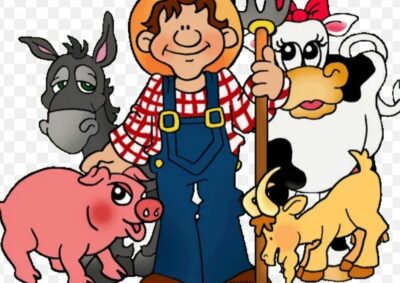 There is this great story that probably exists in most cultures. I heard the Jewish version as a child in the 1970s and even recall a primary school play based on the theme. The one that I was told as a child went something like this. A couple goes to their Rabbi to ask for advice. The problem, they tell the sage, is that their home is too small. They have several children, the wife’s elderly parents live with them, and they are not coping. Their spiritual leader gives it some thought and tells them to do the following.

“Go to your farmyard and bring 3 chickens inside the house.”

Although skeptical, they had been taught not to doubt the wisdom of such a man, and so they do as he said. Unsurprisingly the situation doesn’t’ improve which is why the husband this time is sent back to get further advice. This time he is told to bring two goats into the house. Again, they follow him, and matters deteriorate. Yet again they return for him to assure them that things will improve if they bring a cow into the home that already houses a bunch of kids, two elderly parents, a few chickens, and goats.

What follows is a disaster. The noise level, the mess, the stench and the stress in the house is unmanageable. And so, for the last time, at their wits end they return to ask the Rabbi for guidance. “Go home,” he says, “and take the chickens, the goats and cow outside and return them to where they belong.”

Stunned, the couple complies. And when they have finally done so, they return to the house that is now clean, more spacious and stench free. All of a sudden, they seem to have the space that they could have only dreamed of.

Perspective, it would seem, is everything.

Whereas they initially might have felt the lack of space, and bemoaned the situation, it took increasing hardship to realize that what they had wasn’t as bad as they thought it was.

2021 felt pretty much like that kind of a year. We started the year with closed beaches, no vaccines and no idea of when we would be able to receive them. January saw the Beta variant beginning its cycle and spreading through the country. It was followed by a precious lull before Delta appeared with ferocity that was hard to imagine or predict. The death toll was excruciating, the suffering was immense, and as a nation we were exhausted from it all. It was hard to imagine that we would ever return to any form of normality.

And yet December 2021 is very different. Anyone who has chosen to be vaccinated can be. The Omicron variant seems to be more mild than prior variants. And the South African government has courageously chosen to take the path of science and not of fear. They have not locked down the economy, have allowed travel, not limited alcohol sales, and not closed beaches.

Perspective, it would seem, is everything.

Now when the wind blows and the rain prevents us from going to the beach, it doesn’t seem so bad. The roads might be imperfect, but they still take us to our holiday. And the power might have been lost in Cape Town, but at least we are able to be there.

It’s not easy to live a life with perspective. But every now and then it is worth doing so. Whether it’s a rabbi who dishes out perplexing advice, or a Christmas gathering later this week with the family, it is well worth considering what life would be like if you had to bring a few chickens, some goats and a cow into your space that is already crammed, before sending them on their way, only to remind ourselves how grateful we are for all the blessings we already had.