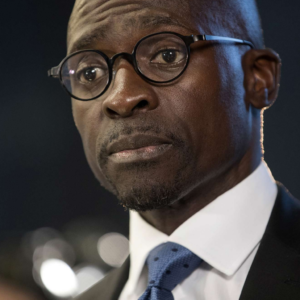 In the interest of full disclosure, I have to acknowledge that I have seen the Malusi Gigaba sex video. Well, as much of it as I could stomach. I also have to admit that I laughed uproariously when he wagged his pinky finger in Parliament Tuesday in order to taunt the EFF about the size of their manhood. I also picked sides when it came to the parliamentary brawl and I remained glued to the channel.

None of these things made me feel particularly good. It reminded me how much I enjoyed Jacob Zuma’s State of the Nation Addresses. That is until reality dawned that the man who was providing me with entertainment was the man in charge of the country. He was responsible for the mess in which we found ourselves (and still do). And whilst we laughed at him with wild abandon, he was laughing at us, all the way to Dubai.

And then I didn’t feel so good. In fact, it felt terrible.

Last night a listener on my morning show sent me a voice note that a 15-year-old boy from a school in KwaZulu-Natal had sent to a Jewish girl currently writing her matric exams. In the note, the speaker suggested that she should have died in the Holocaust and that he and his friends had decided that she was better off as an ashtray (alluding to the fact that Jews had been murdered in the millions and then reduced to ashes).

The voice note concluded with a joke:

“What do you call a flying Jew?” someone asked, then answered, “Smoke!” And then he and his friends laughed at the sheer brilliance of the humour.

The voice note was shocking in its callousness and its design to hurt.

Social media very quickly hunted down the name of the kid, and in no time at all both he and his school were identified.

He is 15. He is not yet Vicki Momberg and he is not yet Adam Catzavelos. He is not yet an adult. And as much as I am hurt and offended that any child could be so cruel and vicious, I remain of the belief that he can still be educated and schooled and change for the better. He doesn’t need to become a racist and a bigot. This incident could be the worst and best thing that has ever happened to him. If it is handled correctly.

The school principal of Treverton, Kean Broom, was made aware of the voice note at much the same time that I was. When I spoke to him on air this morning at 07:40, he had already addressed the school, spoken to the victim, reached out to the Jewish community and engaged the perpetrator. And whereas many of my Jewish listeners were not satisfied with the lack of an apology from him, many appreciated that he had wasted no time in dealing with the matter.

I was one of the latter view. I thought that whereas he might have considered being more contrite, his actions spoke louder than his words.

What concerned many listeners further is that less than two weeks ago, a man walked into a synagogue in Pittsburgh in the USA and shot dead 11 Jews, simply because they were Jewish. The 15-year-old could not have chosen a worse time to show his disregard for Jews.

What is clear to me is that 15-year-olds don’t record voice notes in a vacuum. They have adults they listen to, they have friends and they have teachers and they have classmates. Whereas I have no desire to dissect his life to find out who the negative influence might be, I do believe that we all own some of the responsibility in his behaviour. We are deeply naïve if we think that our children don’t see what is happening in Parliament, that they don’t know about the Gigaba video and that they don’t see us laughing at the president.

The 15-year-old needs to understand that his actions are dangerous and unacceptable. His friends, family and school need to look closely at themselves to understand where this prejudice come from. And we all need to accept that when adults behave badly, our kids will follow.

This article was first published as an Op Ed in News24.com