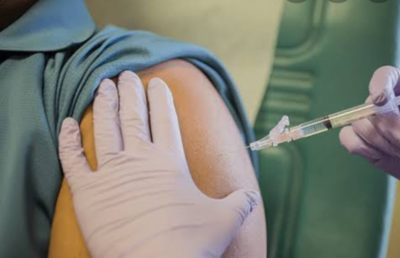 Now that it’s all over I can share the story of someone who was very angry with me. So angry was he, that he took the time to write a very long email with a very impressive number of words. And an even more impressive number of legal references that I did not check for accuracy. The email was not addressed to me but rather to the Broadcasting Complaints Commission and to the radio station, who apparently needed to take me task and give me a very serious talking to.

The allegation was that I had apparently promoted violence on my show. Which is strange, given that I am the world’s biggest coward and have never had a physical altercation in all my years. I have admittedly used words as swords, and have even found them mightier, but as a rule, violence is not something that I am comfortable with.

The offence took place ahead of an interview with a labour lawyer about employees who choose to not be vaccinated. In my introduction to the conversation, tongue-in-cheek I mentioned that if I were to be asked to run the marketing campaign for the vaccination program, I would adopt the slogan “Hold ‘em down and jab ‘em!” I thought it had a nice ring to it, was catchy and reflected my personal vaccine approach. I know that it might not be the most accepting of all strategies, which is why I have never been, and will unlikely be asked for input. Incidentally, the lawyer was also quick to point out that mine might not be the most legal of all options.

The complaint didn’t go anywhere but the point was made. People don’t want to be held down and jabbed.

But there is certainly growing discontent for those who choose not to be vaccinated.

News from South Florida in the USA that doctors have staged a walk out is worth noting. On Monday, a group of around 75 medical professionals from Palm Beach Gardens did so in order to protest the number of unvaccinated COVID-19 patients flooding their Palm Beach hospital. According to reports, the frustrated doctors want people to “ignore the nonsense and the absurdities that you’re hearing people say at public meetings and recognize the value of what a vaccine will do.”  Florida, as it happens has a low vaccination rate, fewer regulations, and can now boast the fact that 85% percent of the ICU beds in the state are full.

Also worth noting is that the Israeli cabinet decided earlier this week to implement the Green Pass policy for all school faculty and staff, meaning that they will either have to be vaccinated or provide a recent negative COVID test to enter schools. Israel has been using a “Green card” system since 2021.

Earlier in August, Italy’s prime minister announced the green pass system, which residents need to get into coffee shops, restaurants, movie theatres, museums, and gyms. In September, it will also be required for some transit and schools.  The system involves the use of a QR code, which prompted a young Italian man to have the said code tattooed onto his arm. Which is cool if you are like me and lose anything that is either not fastened with super glue to hand, or that has some sort of tracking system. But most likely will be enormously frustrating when the system is updated and new QR code is needed. No one has an arm long enough.

Other European countries have similar systems, with France adopting a “Health passport” in which people can share a QR code or certificate to prove vaccination, recent recovery from the virus, or proof of a recent negative Covid-19 test.

What is clear is that in a world where we strive to be accepting of others, vaccine choice is becoming more and more relevant. One could argue that if a person can choose not get vaccinated then doctors should have the choice to not treat. I am aware of the slippery slope. Should doctors be able to not treat motor vehicle victims who weren’t wearing a seatbelt? Or drove drunk? Or the obese? Or smokers? There is no elegant answer. But the question is worth considering.

As is the question of vaccine refusal in the workplace, which will no doubt become a more and more relevant issue as the country returns to work.

The rights of induvial and the right of society are complex and nuanced. Unvaccinated people can more easily spread the virus and undoubtedly will put strain on the medical system. And whereas my preferred approach of “Hold ‘em down and jab ‘em” might not be the best way forward (not unless you want to join me at the BCCSA), it is worth exploring where that balance lies.