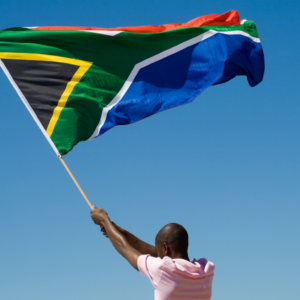 The realization came when I least expected it. We had been out of South Africa for 5 years when we met my parents, siblings and their families for a family holiday. Our children by then had gained New York accents, where stylishly attired in their overpriced fashion items whilst the nieces and nephews marauded through the hotel in their “Naartjie” outfits that were more akin to pajamas than to fashion. It would have been easy to have been easy to feel a sense of accomplishment, and yet I felt the opposite. Our children had been missing out on relationships and on a childhood that I wanted them to have. They had missed out on growing up with the simplicity that the country offered.

The trend of emigration is understandable. Lack of faith in government, the looting and instability, the high unemployment rate and anxiety about the future are realistic and valid concerns. And yet when I hear of people deciding, I feel a sense of sadness for them. Not necessarily because they are making the wrong choice, but because without having travelled the road, it is impossible to know what awaits and impossible to know what sacrifices are still to be made.

I am often asked if I regret returning to South Africa when we had already endured what we assume to be the hardest part. The answer is that I feel blessed to have returned to this infuriating and, at times, unbearable country and am grateful that my wife, despite her disagreement, agreed to do so. In fairness, she realized she would either have a miserable husband in a happy country, or the opposite. Besides, she also had grown tired of trying to explain my humour to New Yorkers, who were starting to find me increasingly odd.

Truth be told, I am not funny in America.

But then, nor is Trevor Noah, so I am in good company.

Whereas I would not encourage people not to leave, I would encourage them to understand what they love about South Africa. For me, it is the ability to contribute every day in one form or another to community and to those around us. We live in a country with tremendous adversity. It is impossible to travel to the shops without confronting the horror of poverty and unemployment. And whereas it would be wonderful if it weren’t the case, I believe South Africans are kinder and more caring because of it. We have hearts and feel the pain of others and the willingness to help where we can. That makes our children better people and the world a better place.

One reason South Africans do well when they leave is because we have not grown up in the same competitive pool. The high school, college and experience cannot be measured against the standard and our accents give us a competitive advantage way greater than their worth. Which is an interesting notion considering that people often leave “for the sake of the children.” I would argue that considering they are often being asked to leave their cousins and family and that they are being forced into an environment where they are measured against those who have functioned in the system for generations, I wonder if this is actually the case.

The South African government is largely to blame for the current wave. With one of the highest income tax rates and then still the need to “double dip” by paying for private education, healthcare, security, and power, it needs to fast take active steps to encourage people to stay. It needs to lessen the burden on the small group of taxpayers by increasing employment, which it can do by easing of employment regulations.

And it needs to stop stealing from the taxpayer, which should be obvious.

But doesn’t seem to be.

The opportunities in South Africa are tremendous. Our lifestyle is magnificent. And our people are arguably the most wonderful in the world. By choosing to live in the country, we are choosing to live with imperfection. Choosing to “tolerate” but also choosing to be part of something that can be so much greater than ourselves.

And that is worth considering.