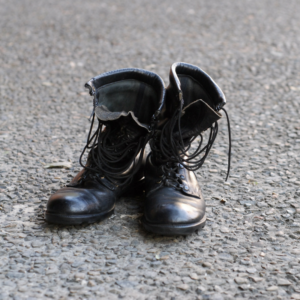 My late grandmother made aliya from South Africa at 86 years of age. When at the time I asked her if she was concerned about having to go to the army, she looked at me and said, “It would be worse for them than for me.” She was ultra-Orthodox, but that wasn’t the reason she never joined the armed forces.

South African men over a certain age understand what it means to dodge conscription. I was one of them. For two years, white South African males were forced to be part of a racist force that engaged in the internal suppression of fellow South Africans. Although Jews were provided kosher food and were allowed limited activity on shabbat, Jews were still viewed as “other” in what was a very dominant Afrikaans environment. It was tough on a lot of levels. And yet many Jews “Served,” and even did so successfully.

There were those, however, who “developed” severe and sudden onset of asthma, flat feet and other medical conditions. This would have them classified as problematic from a health perspective and limited their service further. My older brother was one of those and had to remain within an hour of a major hospital in the event of an unpredictable bout of his condition. This ensured that he would also never be sent to the border regions where many soldiers spent months at a time. Fortunately for him, a different division, one that didn’t have access to his information, allowed him to obtain a sport pass each Wednesday, without anyone suspecting that this was a little contradictory.

It was a modern-day miracle that immediately on signing out of the army at the completion of his national service that his asthma disappeared without so much of a trace and never returned.

The other tactic, and one that I employed, was to defer service whilst studying. Even well after I had completed my post graduate law degree, a friend in the Department at the university assisted me in obtaining further deferments so that I would not have to join the armed forced. I did this until conscription was abolished. That was aside from the fact that I actually did have flat feet and asthma, and had a medical note to prove it.

This perspective makes the Haredi aversion to army service in Israel all the more perplexing. The objections raised over the years by the ultra Orthodox relates to social and educational compromises as well as to dangers that the army presents to the Haredi way of life. Objections from the Haredi world do not relate to the essence and to the core value system behind the army and to the support of a regime that is unjust– as it was in South Africa.

The Haredi world also fully understands that without other citizens serving in the army there would be no protection or security of the state, and that the way of life that it claims to be fighting to protect would most likely cease to exist. At least in Israel.

It further goes without saying that the Haredi community relies as much on the state for multiple aspects of social, medical and educational survival as other communities in Israel. The expectation that other communities alone  carry the burden of the responsibility for the security of the country is not only unreasonable but unfair  and most definitely prejudicial.

Whereas I certainly don’t doubt the contribution that the Ultra Orthodox make to the spiritual fabric of Israeli society, and the value of having people in the full time service of God through learning and prayer, there are certainly a multitude of men and boys who will be “In learning” both prior and post service and even at times during their national service, rendering this argument a little weak.

The discussion around national service is often highly emotive and often manipulative. But that doesn’t mean that these conversations should be avoided and that a conclusion not reached.

The Haredi world no doubt understands the significance of a strong defense force. It no doubt accepts that they too are recipients of the many advantages of a secure state. No amount of inflammatory language and no amount of political bullying will remove this from being a very simple reality.

What that means is that the leaders of the Haredi community need to accept that national service is the responsibility of their community too so that they can move on to the constructive conversation around how to deal with the concerns that they might have. Not doing so will ultimately result in them not protecting the very lifestyle that they claim to hold dear.