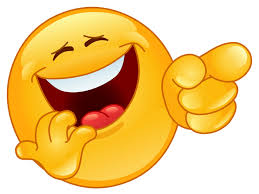 There is a segment on my daily breakfast show called “On this day in History.” As the name suggests, we take a look at exciting and significant events that might have occurred on that day. As a rule I remove all references to American sports, because listeners honestly don’t care, as well as references to dates around space exploration. Because I honestly don’t.

This morning there was a reference to David Hasseloff who on June 26th 2002 apparently checked into the Betty Ford Centre for the treatment of alcoholism. The segment should have ended there but I couldn’t help wondering out loud which one was David Hasseloff and which was Patrick Swayze?  I knew one was Knight Rider and the one was a Dirty Dancer but for the life of me I could not remember which who was. What complicated matters was that radio stations across Gauteng this morning had WhatsApp issues so listeners were less able to assist me as they normally would. It turned out they could send an SMS at a cost of R1.50 but the sheer extravagance of that cost eliminated that as an option and discouraged some of our listeners.

As a consequence I was pretty much on my own. At some point during my ramblings I remembered that either Hasselhoff or Swayze was dead. And that if my long-term memory served me correctly, he had died from Pancreatic Cancer. I was astounded at my own brilliance and asked my co- host to Google the hell out it to see if I was right.

And in joy and in celebration of my astounding gift of recall, we might have metaphorically high fived each other and basked in the glory of the moment. Patrick Swayze was the one from Dirty Dancing and he was dead. From Pancreatic Cancer!

It was around then that that a few listeners overcame their resistance to the R1.50 cost to SMS and did. Hilda was first off the block with a message that read “Is that funny?? To die of pancreatic cancer?? Please stop the inane giggling! Give us better conversation! So disappointed! Hilda” I was devastated. Hilda wasn’t even angry. She was just disappointed! And she had used a lot of punctuation to prove it. Worse, she was not only disappointed in me but also in the radio station – who to be fair had done nothing to contribute to this shameful behaviour (aside from having me host the show, I guess).

I might have reacted poorly to Hilda’s SMS (charged at R1.50) and asked her why she was so miserable? I might have pondered what had put her into the state she was in and even possibly suggested that it could not be easy being her.

It wasn’t mature of me.

But she started it.

As an alternative and if I was a bigger person than I am, I might have apologised, explained that I was not jesting at Pancreatic Cancer in any way, and might even have explained that my mother had died from this monster of an illness just over a year ago. If anyone knows and understands the horror of the illness, it is my family. It rocked our world, in the worst way possible.

But I didn’t explain that. And this is why;

Each of us has a story. Each of us have experienced pain and loss and each of us have suffered. There are very few who have not. There is also a great chance that some of us are currently going through hardships and that some are walking the nightmarish journey of either having illness or supporting someone who does.

Each of us deal with this adversity in different ways.

There is an old Jewish phrase “A bittere gelechte” which translates directly to a “Sad or painful joke”. Another colloquial expression might be “we laugh through the tears,” meaning that we recognise just how pitiful and sorrowful the situation might be, but we choose to use humour as a coping mechanism.

The two weeks before my mother died was an experience exactly like this. We laughed, and we cried, often not being able to distinguish which was which. I guess much like Swayze and Hasseloff. It was our way of coping. And whereas I accept that the “Hildas” might handle things differently, this was what worked for us and this is what helped us bumble through each day.

I firmly believe that humour allows us to hold the mirror a little closer to ourselves and assists us in dealing with difficulties that would otherwise just seem to be too big to handle. No one thinks that Pancreatic Cancer is funny. I certainly do not. But it doesn’t mean it’s not okay to laugh about it.