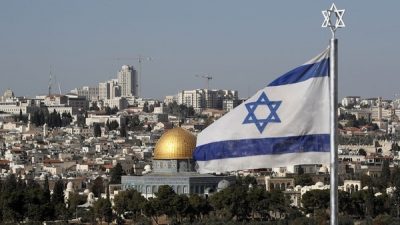 The appalling loss of life on the Israeli-Gaza border cannot be ignored. At the time of writing this column, more than 50 people have been killed and there is no sign that the hostilities are set to abate.

In one of the worst days in the history of the conflict, 35 000 Gazans marched to the border with Israel. Tensions were high, and civilians were killed.

The South African government in an uncharacteristically swift move (look how long it took to get rid of Supra and Zuma) recalled her ambassador in protest and issued a strong statement condemning Israel for the atrocity.
The statement made no mention of Hamas but did underscore the policy of a two-state solution.

The statement also calls on Israel to immediately withdraw from Gaza – something already did in 2005 – and claimed that the protestors were unarmed. Whereas no doubt some were, many were not and carried Molotov cocktails, knives, slingshots and guns.

In turn, the South African press reacted strongly and blamed Israel alone for these events – which would be the correct reaction if there was not another side to the story.

Hamas is a known terror organisation. It is known to use civilians as human shields and to place the citizens of Gaza in danger. The organisation receives millions of dollars of aid money each year that it uses for terror tunnels and for weapons intended to be used against Israel. The funds are meant to be used for education, health and infrastructure.

Hamas has not allowed an election in Gaza. It persecutes gays, it doesn’t allow freedom of speech or religion and carries out its own form of “justice” without due process or rule of law. In short it subjects the people of Gaza to an abhorrent lifestyle.

For the last few weeks, Hamas has been encouraging a march to the border with Israel. Hamas has printed maps of Israeli farms and towns not far from the border so that in the event of a breach of the fence, Palestinians can reach the areas and inflict as much harm as possible.

Recall that the Hamas charter calls for the “liberation” of the whole of Israel where Jews will be found “hiding under rocks” and then will be killed. Instructions regarding this march are as graphic with Hamas saying that they should cross the border and rip out the hearts of each Israeli. They did not mean that figuratively.

Australia, the UK, the US, France and others have come out in support of Israel saying that it has the right to defend its borders. Many middle eastern countries have echoed the same sentiments.

Why, further, would South Africa not censure Syria in any way after more than 500 000 people have been killed as a result of Syrian President Bashar al-Assad’s behaviour. And after he used chemical warfare on his people. The Syrian ambassador is still resident in South Africa and South Africans can even obtain visas to travel there (provided one doesn’t have an Israeli stamp in the passport).

Social media is not for sissies. When news of the SA recall of the ambassador to Israel broke, I spent some time on Twitter. What I found was alarming. Not only was there overwhelming condemnation of Israel alone, without mention of Hamas, but any attempt to present an alternative view was met by accusations of being part of a “lobby” – meaning that I did not have my own opinion but was part of a team whose function in the world was to spread Israel propaganda. It’s a clever strategy as it discredits another voice.

I was also called a baby-killer sympathiser. And I was told that I am an evil apartheid apologist. Which I am most certainly not.

What all this means is that we are no closer to truth. I accept that I am supportive of Israel and view the situation through those eyes. And I do not believe that Israel can do no wrong. On the contrary. And I am willing and able to have the conversations that make me uncomfortable. But when we shut down a contrary view because it doesn’t suit our narrative we limit ourselves, our world and ourselves.

Worse than that, we will harm the very people that we are fighting to defend.