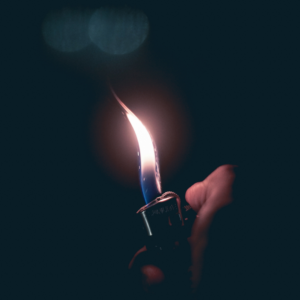 I believe that South Africans grow up exposed to real adversity and I believe that this is a positive and not a negative, writes Howard Feldman.

It was only when I found myself scouring Viktor Frankl’s book Man’s Search for Meaning for coping skills that I realised it was time for me to get a grip. Frankl of course is well admired for assisting fellow concentration camp prisoners, and for providing them with coping skills during one of the most horrific periods of the 20th century.

Indeed, load shedding might be awful and is most definitely an affliction. But we have suffered worse. Way worse.

South Africans can hardly be blamed for feeling negative and impotent. We understand full well what has caused the situation that we find ourselves in (and if we forget for a minute, there is always the DA to remind us, repeatedly), but it is time that we get a grip.

Getting a grip does not mean that we let the perpetrators off the hook, but rather that we find a way to not plummet ourselves into a depth of misery that will do us and our families more harm than a few hours without DSTV does.

My morning show’s SMS line is a very interesting and accurate barometer of mood. Recently, the messages have been predictably negative. Listeners are anxious, furious, frustrated and depressed all at once. The emotional price of load shedding is tangible and cannot be underestimated, which makes it all the more important to find ways to cope.

In a six-minute unscripted diatribe I told listeners that whereas I by no means will take the responsibility of advising people not to leave, I will say that no one should be making the decision in the dark. The choice to leave South Africa is a serious and significant one and will impact on the course of any family for generations. I pointed out that as someone who has lived in three different countries, I am certain that whereas we might lack electricity in South Africa, there will always be a lack of something elsewhere. Whether that is the absence of family, lifelong friends, other South Africans, or a corporate and social network, thinking that there will not be significant compromises is naïve and dangerous.

I further argued that whereas many listeners suggested that they would leave for the sake of their children, that this is not a given and not something that is strictly a benefit. I believe that South Africans grow up exposed to real adversity and I believe that this is a positive and not a negative. If our universities are uncomfortable and challenging and if our social environment is in constant flux, then this might be exactly what it is that many of our children need.

Malcolm Gladwell in his book David and Goliath explains why sufferers of Dyslexia often excel. Some of the reasons are that they have to work harder, they have to develop other skills and because they have failed, they are not afraid of failure. South Africans are the dyslexics of the world. And there is nothing more powerful than that.

That is one of the possibilities as to why so many South Africans have succeeded around the world.

When discussing load shedding, one of my guests on the show suggested that we should turn the excess of darkness into an asset and a business opportunity. He didn’t mean that we should export it or move into the generator business but by doing things that require darkness, like growing Shitake mushrooms. I am not convinced that this is a sound approach.

What I am convinced about is that people should be going to prison for what they have done to the country and we should be relentless in the pursuit of a corruption-free government.

What I am convinced of is that it will not serve us to make emotional decisions in the dark and that we won’t serve ourselves by being miserable and by allowing ourselves to sink into a negative hole that we will struggle to get out of.

I am further convinced that whereas load shedding is awful, it is unlikely to kill us and that we should leave Man’s Search for Meaning for another time.