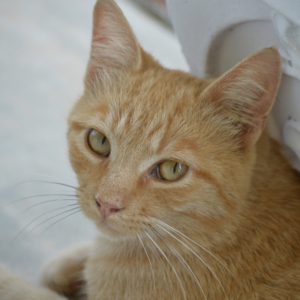 Much has been said of the marketing campaigns of main three parties that contested the South African 2019 elections. Although there are multiple factors that influence the results, there is little doubt that the campaigns of each of these parties had a major impact.

The ANC ran a campaign that designed was to separate the tainted ANC as a party from the confidence inspiring Cyril Ramaphosa – a smart and strategic move, the EFF continued to push the boundaries of acceptability, thereby appealing to the dissatisfied ANC voter and the DA played it safe.

I am often asked how to measure a successful marketing campaign. Obviously, one could set a base line and note a tangible increase in sales, voters, or in market penetration. More often than not, however, it is far from that simple and many parts of the campaign, and the success remain obscured. Worse, is that many organisations, in the need to avoid facing honest assessment, will look at other factors as a reason for failure.

This weekend, I had an experience that might assist in understanding this a little better.

Our rescue cat Archie who is 5 months old, went missing. We looked everywhere but sadly, no one had seen him since Thursday afternoon. By Saturday our children were distraught, and I was trying to keep it all together. Worse was the fact that my wife is in the USA for a family function and I had been in hospital on a drip with the worst bug I had experienced. To add to this, I am a notorious hypochondriac. All this meant that “Keeping it together”, whilst normally not such a challenge, was not so simple at all.

I knew that I had no choice but to find the cat, even if slightly unconventional methods were to be employed. Unless the cat was dead, I was going to find it.

Fortunately, like many, we have a neighbourhood group, which although I curse from time to time, seemed the logical place to raise awareness.

The message I sent was as follows:
Good evening all. Our ginger cat (Archie) has disappeared. He does tend to walk about and very rarely leaves a note or message of any sort. He has not returned since Thursday and though I honestly couldn’t care pretty much either way, the kids seem to be taking his disappearance seriously. I am not setting up a prayer group…so don’t stress…but if you have seen him, please tell him we would like a word. Or call me so that we can get him back. Thanks. Howard Feldman

In response, and whilst we waited to see what the response would be, I asked them to answer the following:
What is our goal?
How do we make sure that the message is read?
How do we get as many people as possible to see the message?

I explained that whereas I clearly didn’t want to appear more eccentric than necessary to our neighbours, as long as I stay within the range of their expectation, that I am unlikely to do damage to my “brand” as a neighbour.

I have no idea if the explanation worked, because halfway through the discussion, I received a text from someone on the group saying, “Your message was so funny that I read it to the family. My father in law is visiting us and he remembered seeing a message on another list (he is not ours) about someone having found a ginger cat.” He sent the contact the details and it so happened that they had found the cat.

As a result, Archie is now home. (And has since, been chipped).

The reason that he read the message out loud because it was funny, because it pushed boundaries and was slightly shocking.

The marketing Lesson learned from this are as follows:
Define the objective
Understand the best way to achieve it.
Stay within the confines of the brand.
In the case of the three political parties, it is worth emphasising the brand aspect. If DA leader Maimane suddenly started tweeting in the same way as EFF leader Malema does, he would be taken to task – just as Zille has when she tweets something “outrageous.” But that doesn’t mean that boundaries shouldn’t be pushed in order to achieve set goals.

Effective marketing requires courage. Your kids, and Archie, will thank you for it.