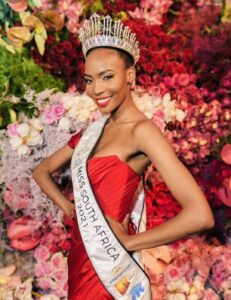 The worst part about the ANC retracting its support for Miss South Africa’s bid for the Miss Universe title is not the hypocrisy of the decision. It is not the double standard, or that in a desperate attempt for relevance it has jumped on board the bandwagon of popularism. Rather, it that it has made me care about beauty pageants. Something that I have not done since I had the misfortune of watching one of the events live at Ellis Park Tennis stadium a very very long time ago. That was in 1988 and the year that Janine Botbyl won, and although I have no idea how I landed up with tickets, as I was a student at the time, I am certain that they were free.

Considering the anachronistic nature of beauty competitions, there is something apt about the ANC weighing in on it. The organization has failed to morph from a liberation organization into a responsible political party that is answerable to the electorate. Quite the opposite, it has proven itself to be largely a corrupt party focused more on personal enrichment than on the well-being of the people. The ANC has failed to deliver the very basics of electricity, water, medical care, education, and economic growth to the South Africa and has stolen billions of Rands that would have changed the trajectory of the country.

There are no limits to the depravity. Even funds earmarked to assist the poor through the Covid pandemic were not safe and time and time again the president has been forced to apologize for the behavior of his party.

It is not only within the borders of the country that the ANC has been a disappointment. Turning a deaf ear to the plight of Zimbabweans as they suffered under a brutal Mugabe, the stance that they “don’t interfere in the domestic affairs of another country” became a mantra. They applied this (I assume) to Iran who oppresses her people, denies women rights, hangs gay people, and sponsors global terror. It ignored the uncomfortable fact that China has imprisoned a million Uighur Muslims and has even denied the Dali Lama a visa to the country in fear of China’s reaction.

It is hard to forget how when Omar Al Bashir visited South Africa, that the ANC ignored an Interpol arrest warrant that had been issued for war crimes. He had been answerable for hundreds of thousands of civilian deaths, but this bothered the ANC not one bit. And so they colluded and they made sure that he not only remained protected whilst in the country but that he was able to spirit himself away when he chose to do so. Because the ANC does not interfere.

Nor do they comment on the fact that their friend Cuba has not held a free and fair elections in decades and the people of that country enjoy very little of the basic rights we have come to expect today. Because the ANC does not get involved.

Unless it is with Israel. There is one country that offends the ANC. And that is the only Jewish state. The fact that Israel is a democracy where Arabs and Christians and Jews enjoy full rights, where Arab parties make up the coalition of the current government and a country that is now enjoying peaceful relations with more and more countries across the Middle East matters naught. Because when you detest a country to the core when the very fact that it exists is intolerable, then rationality is suspended. And hatred takes over.

The ANC has chosen to hate Israel. It has chosen to ignore the complexity of the situation in the Middle East and to divide the people of South Africa.

It would be somewhat impressive if the strategy was deliberate. It would have shown some planning if they chose to intentionally divert attention away from the rotting shame of the South African backyard so that we focus our attention on a problem many thousands of kilometers away. But to do so is to give them too much credit. Rather, it is simply that the ANC suffers from age-old prejudice.

Which is pretty sad. Not as sad as the fact that I now care about beauty pageants and that I will now watch the event for the first time since Janine Botbyl won in 1988.