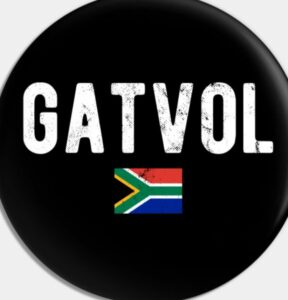 There needs to be some reward for South African scientists having identified the new Covid-19 variant. Besides the recognition that we are pretty much on top of our game, the only tangible result seems to have been that countries have locked their doors to us, labelled us “red” and returned us to our place of origin without too much ceremony.

The knee jerk reaction to the identification of Omicron was swift. Countries around the world shut their borders to South Africa and other Southern African countries, quarantined us at the tip of Africa without even understanding what the new variant is, what impact it will have and if it was already alive and well and living in Hampstead Gardens Suburbs. Although there was some criticism for the haste at which the announcement was made, the South Africans did the responsible thing by alerting the world as soon as the information was known. To not do so, would have been to do the very thing that China has been accused of doing. And could have had significant and negative repercussions.

The fault lies not with South Africa but with the hysterical reaction from governments who are hardly likely to have made the same decision if the variant was identified in a European country.

Given the reaction. And given that once again it was South Africa who identified the variant, the least they could do is give us the naming rights. If Nu wasn’t used by the World Health Organization because it could be confused with the word “new,” and if Xi was eliminated make people think it was Chinese, then there clearly is some flexibility in this regard. And if there is flexibility, then why not reward South Africa for being the one country that consistently identifies and shares information about new variants. Why would they not at a minimum allow us to name the darn thing.

South Africans are creative. There is no doubt that in no time at all we would have a short list that would make Omicron blush in non-creative shame.

Imagine, for example, if we called it “Bliksem?” Or even if we named it something like “Gatvol?” They are easy to understand, clear in what they mean and slide magnificently off our tongues and into a sentence. On seeing a friend who doesn’t look well and who might be suffering from the new variant one could simply ask “Are you gatvol?” Or he could answer, “I have been bliksemed.” No misunderstanding. No confusion with Chinese or other leaders and it calls it like it is. Because are we not all “gatvol?”

It would be a wonderful way to get “brand South Africa” out there. And yes, there are dangers with co-branding with a virus, considering that we have been tainted as the variant hotspot already, that ship has clearly sailed.

There are other options. What if we were to call the new variant Eskom? It works brilliantly in that everyone already hates the power utility so little reputational damage can be done. It also makes it easier for load shedding stages and Covid lockdown levels to be aligned. So that if we are on level two and stage two, all because of “Eskom” then our world would function in perfect synchronicity. And everyone loves synchronicity.

I even thought of naming the new variant “ANC” only to realize that the World Health Organization would not allow it. The virus has a bad enough reputation as it is without adding the ANC label to it. No one, not even Covid-19 deserves that.

The fact is that the variant has been called Omicron and there is nothing to be done about it now. But my suggestion, is that next November, just as we are preparing to go on holiday, should the NICD identify yet another new variant, that we go into the negotiation with the World Health Organization with a few reasonable demands and a set of names that better fit for purpose.

Because honestly, we are gatvol.