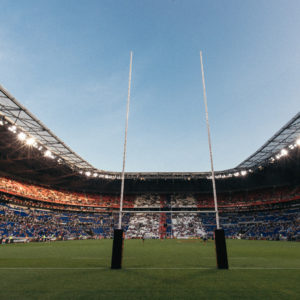 South Africa might have won the Rugby World Cup in 2007, but for some reason, this week feels like 1995. Not because Hillary Clinton is the First Lady of the United States, and not that we are dancing to the Macarena. And certainly not because Kate Moss and Johnny Depp are still together. But rather because there is a feeling of positivity and optimism in the air.

1995 was the year that saw Braveheart win Best Picture at the Oscars. Mel Gibson also took home the Oscar for Best Actor for his portrayal of freedom fighter William Wallace. Wallace of course was known to have courageously fought the English, without underwear. Wallace that is, not the English. The fact that he ended his life hanged, drawn and quartered by Edward I of England, I am hoping will not impact on this otherwise very optimistic narrative.

Over the past few months, there has been a visible attempt by South Africans to be positive. The #ImStaying movement, although a little irritating at times, is firm proof of our need to appreciate that which we have in the country. Most of the stories are not about the slick infrastructure, or magnificent medical or educational system, but rather about the spirit of Ubuntu that has come to represent the people of the country.