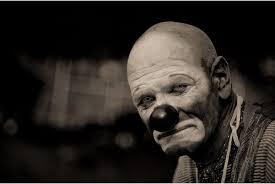 Earlier in the week, when the news of President Jacob Zuma’s nuptials broke, I wrote a tongue in
cheek column about the forthcoming wedding. I wondered out loud how the couple met, if they
have a special song and given the 52 year age gap, if he needed assistance in standing up after he
went down on one knee to propose. Because nothing ruins the mood quite like a groom-to-be
frozen on the beach in a kneeling position with the sun setting rapidly in the background.

One could catch a death of a cold.

The column was not published because it could be perceived as being “culturally insensitive.” And
indeed, it might have been. I can hardly blame the editors for keeping as far away from a potential
social media storm as possible. When it comes to Twitter outrage, it is no longer true that there is no
such thing as bad publicity.

Simply put, there is no easy way for a 49 year old white male to make light of the marriage without
coming across poorly.

It so happened that earlier the same day that I was told that it would be better to not publish the
column, I engaged in an interesting conversation on my morning radio show. The incident that I
debated was of a guy in Scotland who had been fined because he taught his girlfriend’s Pug to enact
a “Hitler solute” whenever he said the phrase “Heil Hitler!” As an openly practising Jew who lost
family in the Holocaust, I am well aware how offended I should have been by his actions. But the
more I watched this wrinkled hound raising its front paw the more I laughed. And then I felt guilty
for doing so. But then I watched it again and laughed some more.

Another incident occurred on the same morning show when I discussed the mid flight airline
disaster. The event occurred when an engine exploded, broke a window and almost sucked a
passenger out. She later died. I took a moment to appreciate that it is possibly the one time that
those of us who are overweight are in the best position. No amount of vacuuming is getting me
through an airplane window. No matter what the force. And whereas most listeners enjoyed the
discussion there were those who most definitely did not.

Apparently, I was both insensitive to the suffering and to the overweight (of which I am one).

The obvious question, given all this is where it leaves us. One needs only to tune in to most radio
channels in South Africa to see how humourless and safe we have become. We speak incessantly
about “Issues,” which we need to do. But we do so at the expense of personality, of irreverence and
laughter. And in doing so, we make those conversations all the more difficult to have.

Because sometimes it is easier to get closer to discomfort with humour than without.

The death of humour is not unique to South Africa. One look at the American late night circuit and it
is clear that pretty much the only so-called humorous subject that is open for business is Donald
Trump. It is almost as if a memo went out saying that until further notice, Donald Trump is funny.
Make fun of him. And his wife. And his children. And anyone associated with him. But that’s it. Don’t
cross the line into anything really funny. Because we might be offended.

With all this, South Africans are funny. Naturally and really funny. Especially on Twitter where we
can see just how clever, irreverent and cheeky we can be. I believe that we are also not quite as
sensitive as we make out we are. We are smart enough to know when someone is being racist or
prejudicial and we wont hesitate to say so.

That is something worth protecting.

Take it from this 49 year old overweight white Jewish male, I wont be offended.