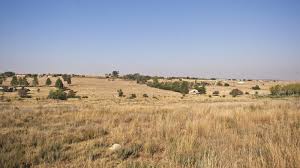 On Wednesday I received a distressed message from a friend.

He was referring to racist comments made on a Facebook group that we are both members of. The group happens to be predominately white.

And he was devastated that when discussing the so-called “farm invasions”, there were comments that alluded to the “Barbarians at the gate” and that “they would starve” if the white farmers left.

“We black people are being collectively classed as inept and lazy. We need white farmers because we are lazy or too stupid to farm and therefore we will starve if we get our land back or the white farmers leave the country,” Luba wrote to me.

“We are mindless Pinocchios and blood thirsty barbarians who are incapable of independent thought from what our politicians say, so we will all carry out the slogans and visit harm on all white people.”
He is right to be offended – even if the people making the comments had no idea quite how rude they were being. I hope.

Whereas I have no intention of justifying these utterances, I do believe that we need to zoom out and take at look at what is going on outside of this group in order to understand why there seems to be increasing hostility and racism.
Social media is often a concentrated reflection of the fears, anger and animosity of the broader population. And South Africa seems to be more racially divided today than anytime post 1994.

One of the factors might be the dangerous language of politicians who have chosen to exploit this. Julius Malema is a contributing factor. He appears to be deliberately stoking the flames of racial hatred. He has learned from his nemesis, Jacob Zuma, and appears to be operating out his “divide and rule” racist handbook.

In some regard it is a smart strategy. Give whites the medicine that they deserve and empower your potential constituents. But his approach is dangerous and irresponsible and comments to Nelson Mandela Bay mayor Athol Trollip that “we are coming for you, white man” will not end well.

It should come as no surprise when ultimately this dangerous language switches over to action and someone gets hurt. What makes matters worse is that Malema’s rhetoric seems to be largely unchallenged and the more he gets away with it, the more he seems intent on pushing the boundaries.

The land issue is another. Whereas there is little doubt that there is a critical need to address this, it is also clear that there are no simple solutions. The ANC has had this item on its “to do list” since they came to power in 1994 and has yet make any significant progress. People are frustrated and despondent. As a result, any confident talk will be well received by anyone who has been desperate for a solution.

But that same confident language will strike fear into the hearts of those who have a “Zimbabwe anxiety syndrome” and will be exploited by anyone who chooses to. They seem to forget that this is not Zimbabwe, where there was little rule of law, no due process and where land invasions were sanctioned by a corrupt Robert Mugabe.

Farm murders, although a horror, adds to the proliferation of fear. In my conversation with Luba, his said as follows: “Farm murders are used as a yardstick and proof of our genocidal intent on our white community despite the established fact that crime and murder in particular, visits black people in a disproportionately higher manner than white people and that our poor black compatriots are the primary victims of murder.”

The bottom line is that South Africans have yet to engage in some of the more challenging and painful conversations. The nation transitioned from being racially divided by legislation to cheering side by side for green and gold in the Rugby World Cup. We focussed on what united us and not what divided us. We were proud of who we were. And we loved ourselves for it.

But we didn’t bargain on just how difficult the road ahead would be. We assumed that as long as we focussed forward and not backwards that we would reach a commonality. In some ways we did.

The problem with this approach, however, is that it counts on us never scratching at the scabs of old wounds. Which is unrealistic, and which is exactly the situation that the country seems to find itself in right now.

We all know that the only way to prevent a wound from becoming infected is to open it up, irrigate it and make sure that there is nothing left to fester. It is painful and unpleasant. But it needs to be done.

In our ongoing debate, Luba Mayekiso said it perfectly: “We must recognise and confront our painful history and use this land challenge to bury that history or else it will bury us. I honestly believe that 99% of us have the same desire and aspirations of living peacefully and in prosperity in our great nation. Let us discover that common humanity in each other, reach out to one another and write another positive chapter in the miracle of post ’94 South Africa.”

Luba and I often disagree. We are sometimes very uncomfortable with the utterances of each other and frustrated how life experience has made seeing each other’s perspectives so unbelievably difficult. But deep respect for each other and the acceptance that, at the end of the day, we both aspire to the same goals make dialogue not only possible, but vital and productive.

Now, if we could just get our Facebook groups to behave…
–