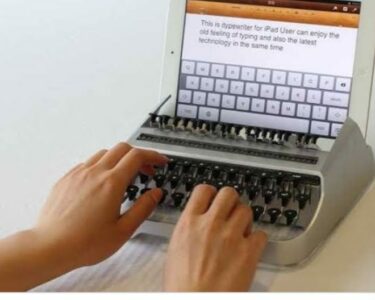 My wife is one of those people. Although not old, she seems to recall a simpler era. In her mind, she remembers a time before technology took over our world. It was when families would spend time laughing together, looking into each other’s eyes, playing competitive but benign board games before a log fire. They would open and eat packet after packet of Quality Street chocolates without confronting ones they didn’t enjoy. In her memory no one gained weight from these evenings because sunny days were spent climbing trees and riding bikes through safe neighborhoods.

It is fair to say that her memory is less than accurate, especially considering that she has never been partial to bike riding and most likely never climbed a tree. I also can’t imagine that the fireplace was ever lit or that the Quality Street consumption was unlimited.

It says something about memory, but says a lot more about our negative perception of technology and the impact it has had on our world.

Here is a different perspective. On Sunday we drove from Plettenburg Bay back home to Johannesburg after a glorious holiday. We were in two cars, and we made the decision to do the trip in one day. This meant leaving around 4am, which surprisingly we managed to do.

About 3 hours out, we received a call from my son who was driving ahead of us with his fiancé. He had puncture in his one tyre and had pulled over to the side of the road. A quick “location” pin told us he was around 10 minutes away and that we would find him along the same road. As concerned as we were that they were stranded in a remote region, the fact that we could keep in contact alleviated the stress.

My son is embarrassingly Jewish. Without disparaging fellow members of our faith, most of us are not particularly good with our hands. In general, we don’t have work benches, don’t build our own cabinets and will even to struggle to change a flat. But we can be resourceful. Which meant that by the time we reached him his fiancé had managed to watch a few YouTube tutorials and was able to instruct him like the wife she will soon be.

After around 15 min we were on the way again but knew that as his car only had been equipped with a “biscuit” spare, we would need to find somewhere to replace the tyre in Graaf Reneit, which was about 200Km further.

Not so simple on Sunday January 2nd.

It took my wife a few searches to determine that nowhere was open. But in her search, she came across someone on Facebook who she messaged and who told her that he would open his shop for us and replace the tyre. We contacted my son, got the specifications required, communicated back to the vendor, negotiated the price and arranged to meet. By the time we reached Graaf Reneit, he was already at his workshop waiting for us. It took 30 minutes to change both back tyres, after which I went into the office, tapped my phone on his credit card point of sale, gave him my email address to which he would send the invoice and the receipt. Both arrived promptly in my inbox, and on we drove, after a small caffeine interlude.

I should also mention that throughout the experience my daughter, who was at the back of our car managed to watch movie after movie after movie. It is not unrealistic to consider that until now she might not even be aware that anything had happened.

It is fashionable to berate the times in which we live. We often look back at times that were “simpler” or “Wholesome” and certainly happier. But this is most likely not accurate. There is little as good as the present. The fact that we are entering 2022 as we are is worth celebrating. Covid is in retreat, the economy is opening and shop owners and vendors along the way from the Cape to Gauteng told me they have been busier than they have been in years.

If we make one New Year’s resolution, it should be to celebrate the now. Should be to be happy for the present. Mostly we need to remember that today is a day that one day others will look back on and long for