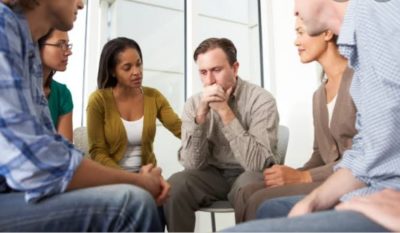 Friends. Not the well-known TV series but the people in our lives who support, love and annoy us. The ones who in crises we turn to, and the ones who in the same crises we might turn on. The ones who tell us like it is without fear of our reaction and who will leap to defend us when others say the same thing. The ones whose company we are judged by and who tell others who we are because of our association with them.

Once we have done this, then perhaps we can offer a guide to the African National Congress who seems to confuse friendship with immunity and loyalty with accountability. Because for the ANC, it seems that if someone had lend a hand more than 30 years ago, they will be forgiven their sins in perpetuity – or at least until the financial benefit of the friendship runs out, whichever is the sooner – no matter how awful they are.

Very similar to a motor plan, but equally as confusing.

Why this is the case, is anyone’s guess, but the much-repeated reason that it was as a result of their assistance during the struggle, is starting to wear a little thin: especially as friends are often in the best position to guide each other when direction is lost.

If it is a case of gratitude (that the ANC never forgets a favour), it would do well to remember that Ukraine at the time was part of the Soviet Union, which means that they too were allies.

It could also do well to remember that as much as they would like to reduce the conflict to one of political dialogue and distant theoretical discussions, there are still real people who are being killed and whose lives are being destroyed. And no amount of arm’s length distancing can change that.

In a bizarre interview on my show earlier this week, I was given insight into the thinking. In a discussion around the decision by the ANC to abstain in the United Nation vote condemning Russia, I was told by an analyst that the ANC had made the correct decision. The reason was that it was better to remain “neutral” in such a case when not all the facts were known. I argued that to not vote against Russia’s aggression is not neutral, but instead condones the action. His response was that this is the problem with “the media” and that we should, as “the media”, remain neutral. He said it in such a way that it was fact and not his opinion.

What was interesting about his comment, was not how wrong it was, but was the insight that he gave me into ANC thinking. If the ANC are politicians and not empathic people, if “the media” are cold fact reporters and not caring individuals, then we have lost what drives us and what makes us human. If we value the ability to hold out our arms with a flat palm facing outwards in order to keep the caring away, then we have lost our souls.

And if we can continue to justify not condemning or speaking out against Russia for their invasion of Ukraine on any of these grounds, then there is little hope.

To be a friend, is not always easy. There are moments when we are asked to assist, times when we need to step in uninvited and others when it befalls us to take them aside and have a word. Those are the uncomfortable moments that define what true friendship is all about.

What isn’t friendship? It is enabling the other party to go astray whist you stand by and support the appalling behaviour. Or as they say in the classics: “With friends like that, who needs enemies?”