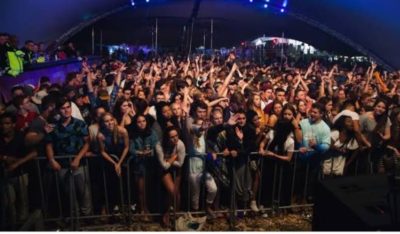 Whilst speaking about education it is worth mentioning that Albert Einstein didn’t actually say this. He never said, “ Insanity is doing the same thing over and over and expecting a different result.”  Instead, it came from a novel by Rita Mae Brown. But that is neither here nor there. The wisdom still stands, and it so apt that it might well have been smart Albert who said so.  It felt especially relevant when I heard news that Plett Rage 2021 will be happening.

I kid you not.

According to their Facebook page, “6 months later than usual, we’re ecstatic to finally be rolling out the plans for Plett Rage 2021, what we believe to be the most hopeful & safe experience we could provide you within the current state of affairs.

Good news is that because we are clearly suffering from collective amnesia, the Rage organisers have been quick to put our minds at ease. “We will be adhering to all governmental restrictions. Your safety is our number one concern!”

Well that’s a relief. Because a more sceptical person might have thought that the primary concern was about the money that Rage brings in. Which is perfectly acceptable and even laudable, if no one gets hurt. Which they did, last year.

A quick recap. In 2020, the Rage festival on KZN was allowed to go ahead. The impact on the country was staggering. So much so that in the Communicable Diseases Communiqué  journal, the even became a study. According to their research, “Of the 2 253 Rage attendees, 848 (37.6%) laboratory confirmed COVID-19 cases were identified, of which 846 (99.8%) were revellers and two were crew (0.2%). According to the report, “The investigation revealed that two of the Rage attendees had positive SARS-CoV-2 results before the Rage but still proceeded to attend the event. This indicate lack of discipline and irresponsible risk behaviours amongst revellers as there is little or no adherence to the recommended prevention measures.

What followed the Rage Festival was a rapid spread of the Beta variant (thought to have evolved at that time) and a spike in infections that brought the country to standstill. It impacted on coastal towns that rely on the December period and cost the country billions in revenue.

Worse than that, it cost lives. Not of the attendees, but of those they brought it home to.

In parents’ defence, although they might have considered the dangers, they couldn’t know for certain what was going to happen. In addition, they worried that their children had had a difficult year, that they had lost out on so much and they most likely didn’t want to be the ones to say no to their children. It was a mistake. For which we all paid.

This year, they do not have lack of foresight as an option. The fact that Plett Rage is happening is one thing. Letting a child go is entirely another. Fuelled by alcohol and hormones, no parent can assume that their children will remain masked and cautious. And to do so is to choose wilful denial.

It is the job of our teenagers to push boundaries. It is our job as parents to protect them. Last year there might have been reason to not parent responsibily. This year there is none. It is time for parents to show some backbone. To be brave. And to do what is right.

To just say no to Rage.

According to the organisers, “We hope you’re ready for 2 weekends of mind-blowing Plett Rage parties in the most intimate setting ever. Be sure to grab your ticket to this once-in-a-lifetime experience; tickets will sell out quickly. Tickets sold on a first-come, first-serve basis!”

It wasn’t Albert Einstein who said it. But it might as well have been, “Insanity is doing the same thing over and over and expecting a different result.”