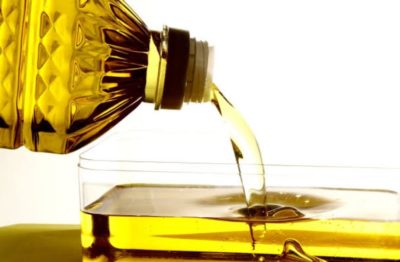 It is possible that cooking oil prevented more looting in South Africa in the last week than the President, the ANC, the intelligence community, the army, and the police combined. Without question, this says something about the versatility of the product but says even more about the state of the state. Because as a rule, when shown up by canola, it might be time to revisit your strategy.

It’s not even as if it was extra virgin olive oil.

A video shared on social media of looters in KZN slipping on a floor, wet with oil, was a rare moment of joy in an otherwise horrific week in South Africa.

According to Tugela Ferry Shoprite manager, Mlungisi Zindela, they were just taking chances by pouring oil on the floor outside, to prevent looters from getting into the supermarket. It was a scene out of a movie, when the situation demands that the hero under attack from the bad guys use whatever resources are available on the property to stymie the threat. It is a scene that is normally characterised by him (it’s generally a male) looking through drawers and cupboards to see what is available to him. It was a MacGyver moment. And one that had us not only rooting for them, but cheering them on. And it worked. Not only did it deter any would-be looters, but it also returned the power to those who have been so disempowered. Put another way, the oil incident outside Shoprite became a symbol for what was to become patently clear over the next few days as the country to figured out how it all had gone so wrong.

It showcased, with a bottle of oil how, South Africans needed to rely on the resources available to them to survive. Whether it was canola or privately armed citizens or private security companies or well-meaning members of community, survival meant understanding that government was not going to help. Because whilst they met and spoke and spoke and debated, people were dying and lives were being destroyed.

South Africa emerged through the last week of riots, not because of the ANC, but despite them. It was a week that saw ordinary citizens send a message that lawlessness, corruption and mayhem is not something that they were prepared to tolerate. It was a week of strength and of kindness and of care. A week of surprises and moments that showcased snapshots of beauty amongst all the reels of horror and loss.

The taxi drivers in the Eastern Cape stepped up to assist. According to the Daily Maverick, Santaco Eastern Cape deputy chairperson Gabs Simphiwe Mtshala said that during a patrol of Kidd’s Beach in East London taxi drivers working with the police and security guards managed to stop an attempted looting at the Vincent Park Mall.

Mtshala said the attempted looting, which led to the Vincent Park Mall and Hemingways Mall being temporarily closed on Tuesday, was not the only looting attempt in the province.

“There were attempted attacks in Lusikisiki and Gqeberha. Working with the police and security personnel we managed to defuse all these attempts in the province,” said Mtshala.

The citizens of the country did what they needed to do, whilst the ANC made strong sounding statements with weak sounding voices.

It didn’t end there. When the riots calmed down, the ANC continued to debate with each other if this was a coup or just a very bad hair day. Was this insurrection or something less and they wondered when it would be safe to step in and take the credit. Whilst they did that ubuntu flights, convoys of trucks, all financed by charities began to send essentials. Religious communities and again taxi drivers rallied because they understood what was important at that moment. And what could wait for later.

Local government was nowhere to be seen. The army, fresh from protecting deserted beaches from dangerous anti lockdown swimmers slowly made their way to where they would have been needed. Had they managed to get there sooner. And the President, flanked by more security than the province had seen, walked bravely though the ruins, already toured by DA leader John Steenhuisen when support was actually needed.

The president was almost right when he said that this is not who we are. What he should rather have said is that this is not who “you” are. And then he would have been spot on. The ANC does not reflect the morality and magnificence of South Africans. It is disconnected and removed from its people. And who we are as people is not who the ANC is as a party.

If anything became clear over the last few weeks, it’s that the ANC has not only failed its own people, but it has failed itself. Armed with cooking oil, South Africans will do what it takes to survive.