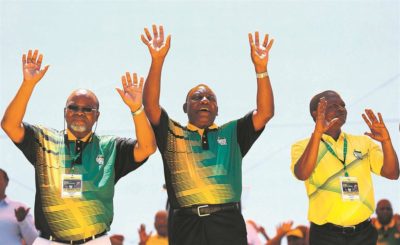 Like many around the world, I have become completely captivated by the series Chernobyl that is currently being aired on DSTV in South Africa. As the name suggests, it is a mini-series that depicts the catastrophic 1986 nuclear event that occurred in the Ukraine.

Although I was only 17 years old at the time, I remember it well. This is partly because my anxiety and hyper vigilance had me convinced that whatever was going wrong globally, would find its way me in the leafy suburb of Observatory in Johannesburg, where it would kill me. I more than half expected to die slowly and painfully from some form of radiation poisoning that I would encounter on my way to school. My conviction was exacerbated partly by the pleasant surprise that when Skylab had plummeted to earth in 1973 (when I was five), that I wasn’t crushed by debris, and partly because I had the sense, even then, that this was a major event. And yet the news and the details were somewhat scant.

When I view the events through 2019 eyes and with 2019 knowledge, what strikes me most is how close the world, and particularly Eastern Europe, came to a catastrophic disaster. The control of information particularly in the Soviet Union managed to reduce the panic and downplay the seriousness of the event. And yet we can not shake the feeling that this was major and that one day we would know more.

Which is exactly how I am feeling about the goings on within the ANC. What we know is as follows:

Whilst this was playing out, no less than eight ANC MPs had resigned.  According to the Daily Maverick, “By Tuesday afternoon, 11 June 2019, the ex-ministerial resignation toll rose to eight when Derek Hanekom, the former tourism minister, resigned his ANC seat in Parliament after ANC Women’s League president Bathabile Dlamini did so earlier in the day. On Monday Jeff Radebe, who last held the energy portfolio after a series of ministries dating back to 1994, handed in his immediate resignation from Parliament, as had Siyabonga Cwele, formerly home affairs minister.

In addition to this, and not in a cameo role, is the Public Protector Public Busisiwe Mkhwebane whose decisions and focus leaves little doubt, to those of speculating, which side of the nuclear reactor she is sitting on.

If all this is not the ANC’s equivalent of a “Chernobyl” then I am not certain what would be?

The fascinating aspect to these events is that the South African Rand has improved 3% since last week, that South Africans are still going about their business as though there is a no graphite lying on the streets outside Luthuli House, and that there still seems to be every confidence in the leadership of the country’s president Cyril Ramaphosa.

It is almost as though there is a quiet acceptance that this “meltdown” always needed to happen, and that South Africans would be wise to simply stand aside and let it all play out. There seems to be a further, quiet confidence that a few years from now, like with Chernobyl, we will start to understand just what occurred, how dangerous it was and how important May and June 2019 was in terms of the political landscape of the country.

In the meantime, it is best we don our hazmat suits, access iodine and pray that the fallout is limited to those who deserve it.