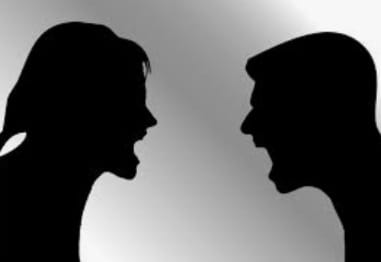 Covid has divided the world. Over the last two years a number of clearly defined groups have emerged, and it takes but a simple Excel spreadsheet with a few and columns to determine into which category someone might be assigned.

In the United States it is relatively simple as they have conveniently and cleverly associated political patronage to Covid belief, so that a Republican will have one set of principals where a Democrat will have another. For the rest of us there are vaxers and anti-vaxers, Ivermectin users and those who prefer real medicine, there are maskers, anti-maskers. There are those from New Zealand, and the rest of us.

Finally, there are those of us extroverts who have super spreader capability. And those who have locked themselves indoors since the dawn of 2020.

I had many fears at the outset of the pandemic. With death being my primary concern, I speedily busied myself with the business of remaining alive. As a lifelong, card carrying, 3rd generation hypochondriac, I could quite easily have been one of those people who swallowed fish tank cleaner if I thought it would protect me. I am not proud of the fact that I calculated that if hand sanitizer has a minimum 70% alcohol content to be effective, and that my whisky of choice is roughly 42%, then ergo, for medicinal purposes a double shot each day (84%) should be just the thing to keep me safe.

It didn’t work, but I hardly remember the past few months. Which is not a bad thing.

I do however remember the last few days, as they have not been pleasant at all. On Monday, during my morning show, my voice started to sound hoarse. In denial I thought the pollen count must be high, that summer colds are the worst and that I needed more whisky. By the afternoon I wasn’t feeling well at all, and by Tuesday had received a positive result for Covid. I have been vaccinated, I have lost weight and take vitamins daily. I don’t however take Ivermectin and have not tried the fish tank cleaner.

Because I was concerned about impacting others, I made the choice to broadcast Tuesday’s show from home. Hardly able to speak, I struggled through the three hours, sounding like a pack of Camel a day smoker. It was around 30 minutes before the show ended that I received the news that I was indeed positive. I shared the information with my listeners as I was aware that  they already knew what I was not prepared to acknowledge. Whereas of course most the messages from them were sympathetic, I was amazed and dismayed to receive the following:

“Howard, wish you well. Aren’t you the vaccinated one whose has been going on at us non vaxers?  I am well. Should I deliver some ivermectin to you?- M.”

“M” as it happens is a regular listener, weighs in on many subjects and as far as I can tell, Covid aside, a pretty decent bloke. Which makes his message all the more perplexing.

In his defense, I fit in to the non Ivermectin column and am openly pro-vax. I have been called out for my suggested marketing slogan, “Hold em down and jab-em” which apparently advocates violence and is not at all constitutional. It was also tongue in cheek, but I do find that much like vegans, anti vaxers don’t have much of a sense of humour.

The message also failed to acknowledge that vaccines do not protect us from catching the virus, just from dying from it. Which is cool by me.

Perhaps as proof that Covid gives a person brain fog, I asked Twitter for help. If I thought I was to receive any assistance, I was wrong. Much like bitcoin traders, anti vaxers and Ivermectin peddlers are everywhere. What followed was further proof that Covid has either divided the world further or is simply being used as an excuse to do so.

The sad reality is that both sides are equally guilty, and it is clear to me that my rigid stance has contributed to the chasm. Perhaps it is because I am feeling poorly or because my temperature is high, but it became clear to me that I need to do what I can to reverse this. The loss of more than 5 million people, decimated economies and real hardship should be enough to remind us how foolish it is argue over one doctor’s choice of treatment over another. And yet, somehow the opposite is true.

The truth is that I feel blessed to be suffering from Omicron and not the prior variants and I am grateful that I have had the vaccine. If it means being happy with my blessings and choices, and not judging someone else for their decision to drink their fish tank as a cure for Covid, then that is simply what I will have to do.

Or at least, try,