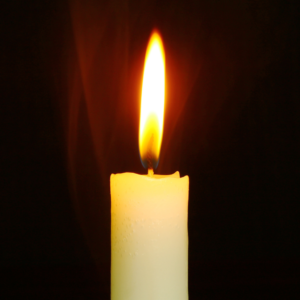 In thirteen years, one can achieve a lot. It is possible conceive, incubate, and then grow a full human child and then raise them to become a teenager. It is possible to launch a communication platform in 2008, call it WhatsApp and then sell it to Facebook for a ridiculous amount of money. Or around the same time one could create one of the largest property companies in the world and call it Airbnb. Or if someone wanted to study, in 13 years they could go to university and complete 3 engineering degrees, and even have a gap year included just for kicks.

There is also the option to do nothing. Which is the route that Eskom chose. Thirteen years ago, South Africans were confronted by the reality that there was a power constraint issue. Just as the financial crises was loosed upon the world, so too did South Africa first confront a crisis that might or might not have been of its own making. But which could have been well over by now. Anyone born in 2008 would be a young WhatsApp using adult today and might well have stayed in a holiday rental sourced through Airbnb.

Robert Frost liked to speak of the choices we make. In 2008, it became clear that we had reached a crossroad. In front of us, two paths “diverged in that Yellow Wood”, to quote the poet. The South African Government had a decision to make, a decision that would determine the future of the economy and of its people. It had the option of either open supply of electricity to independent producers or it could choose to retain control of one of the country’s most vital areas. The assumption that underscores this decision is that it could manage the crises, solve the problem, and retain control of the revenue generated. As we know, in its arrogance, the ANC chose the latter. Instead of recognizing its limitation and going the way that most successful countries have gone, the ANC chose to take the path less traveled by.

In 2008 the ANC chose the path without lights. And sadly, that has made all the difference.

There is a well-known business strategy about failure. Failing fast requires a culture where the team has the freedom to fail but can learn something from each failure that helps the team succeed faster the next time In a “Fail fast” culture failure in of itself is not seen as negative. If treated correctly, it can be a learning experience, encourage growth and equip the person or team to face the challenges that are likely to occur later. The prerequisite is that failure needs to happen quickly so that lessons learned can be utilized in the future. What this implies is that not recognizing failure means not learning from it. And not learning means no option of correction. Which is precisely what happens when it takes 13 years to correct a startlingly obvious problem. Assuming that it has even been corrected.

We are told by some very smart people that the definition of insanity is doing the same thing over and over and still expecting a different result. This is why we study history, why we look at patterns and how we learn to anticipate events. After the first person burned their hand over a fire, it would have taken a pretty dimwitted caveman to try the same thing. And if he was dumb enough to do that, it is hard to imagine that a third caveperson, seeing the reaction of both the first and the second moron, thinking that he could warm his boerewors by holding it in his hands over the fire.

The frustration around the current electricity crises is exacerbated by the fact that the ANC and Eskom has had more than enough time to rectify it. Aside from the impact on the morale of country and devastating blow to the economy is the infuriating knowledge that since 2008, they have stubbornly and arrogantly refused to acknowledge the failure and to do anything meaningful about it. Every day since 2008 the ANC has had a choice of which path to take. And yet again and again when two paths diverge in the yellow wood, it has continued to take the one with one without lights. And that has made all the difference.