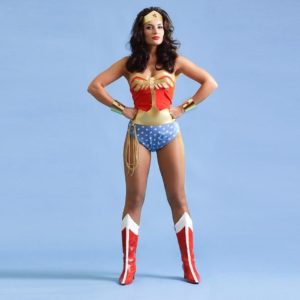 In 2012, the power pose became a global sensation. A Ted Talk by Amy Cuddy hit a staggering 46 million views and became the second most popular Ted Talk in history. The premise was simple – hold a powerful pose and it will not only affect the way you behave but it will even change your body chemistry. Since the talk, the power pose has met with heavy criticism and been labelled as nothing more than pseudoscience. Fortunately for believers, they were proven right. Amy Cuddy released further research this year and it fundamentally proves that this bold stance works exactly how she said it did back in 2012.

The power pose isn’t something that you’d adopt in a meeting or around the office but the science behind it shows how important it is to pay attention to your body language as it can fundamentally change how you are perceived.

Notice how you are noticed

People spend a lot of time reading one another’s body language and the way a person stands or holds their hands or moves can influence how others see them. It’s very natural to judge someone else’s posture, but what about the way they are judging yours? Few people look at how their body language is affecting the way people engage with them.

So, what are you supposed to do?

Want to know how can you adapt to become a better leader? You can fake it.

The power pose isn’t the only way to change your mood. Research has shown that whether you laugh naturally or put on a smile and make yourself laugh, your body still releases the same levels of serotonin. Whether you are really laughing or just pretending to laugh doesn’t matter – they both have the same impact on your demeanour.

Change how others see you

Think about the pose that every athlete adopts when they win a race or achieve something that’s been physically taxing. They hold their hands outstretched in the air. Even blind athletes hold the same pose. It’s big, it’s bold and it’s a physical manifestation of success.

Now consider the defensive pose. The tight hunched shoulders or inward curve of the spine. These poses immediately make a person look nervous, afraid and lacking in confidence. Like the porcupine curling in on itself for protection.

The same ideas apply to daily business life. While the power pose and the athlete pose are not necessarily a team activity, ensuring that you hold your body upright and with confidence means that you’re conveying an attitude of strength. You come across as confident and capable and positive. You are ready to take on anything and overcome the odds. By contrast, if you are hunched and withdrawn, you come across as nervous and lacking in confidence and these are not the qualities you want associated with you as an entrepreneur and a leader.

This article was first published by Entrepreneur Magazine.