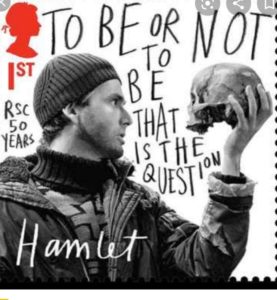 Tragedies, by definition, don’t end well. Mostly the curtain descends when the important members of the cast lie dead. Either on or off the stage. And whereas there is a generally a lesson to be learned somewhere, for those in pivotal roles, it is pretty much too late.

Take Hamlet, as case in point. It is the story of a prince of Denmark who spends many hours talking about avenging the death of his father. To begin with, we throw our full support behind the youngster and hope he succeeds in his noble quest. There is little doubting that “something is rotten” but our commitment to him begins to wain as he meanders and stalls and redirects, in what fast becomes a very slow few hours. Even his love interest sees no way out other to drown herself just to get away from it all.

The inability to act plagues Hamlet. He debates, laments, argues and considers. But in the end, he does next to nothing. His famous soliloquy, although meant to be magnificent in style, is infuriating. And by the end of it all, there is a good chance that if the prince didn’t die by the hand of Laertes (or is it the poison of Claudius), there is a more than a good probability that a member of the audience would have ascended the stage and strangled him in a fit of pure frustration.

Much like Hamlet, when the curtain was raised, there was widespread support for the prince of procrastination. Knowledge of the rotten state of the State and the fact that he was one of the “good guys” in his party added to the devotion. Spirits were lifted and “Ramaphoria” swept the country.

But much as in the case of Hamlet where a lack action accompanied the promise, so too the President’s words began to sound empty and without substance. And much like the ending of Hamlet the tragedy, there is a good chance that Ramaphosa’s inability to act with decision and confidence, will likely result significantly more dead bodies than is strictly necessary.

Examples are not hard to come by. The granting of Jacob Zuma “time and space” to reach a decision that the court has reached for him, his inability to remove Ace Magashule before granting him a further 30 days to “consult” with ex leaders and his reluctance to re shuffle his very old, very tired and often corrupt cabinet are a few that springs to mind. And that is not to even mention the appallingly slow, almost nonexistent vaccine roll out.

In the last few weeks, he has repeated calls for “patience,” something that he is blessed with in abundance. Patience, however, is an exceptional attribute to have” whilst waiting for a traffic light to change to green, or whilst waiting for Schitts Creek to download off Netflix. It could be argued that it is even an asset during load shedding. But it is a massive liability as attribute when other people’s lives and livelihoods are at stake.

According to reports, “President Ramaphosa said government leaders had not been “sleeping on the job” despite losing what he said was “a little time”. He has assured the nation that they are “still on target” and are accumulating more vaccines actively.” Where that is, is unclear. The one thing is certain and that it is that the vaccine is not being “accumulated” in the veins of South Africans. There is talk of 400M vaccines for Africa, of 30M for South Africa and of the assurance that no arm will be left unpunctured. But talk without action is as valuable as Hamlet pondering if he should suffer the slings and arrows of outrageous fortune. Meaning no value at all.

President Ramaphosa could do well to learn the lessons of Hamlet. Not that he needs to watch or read it again. He by no means should be forced to endure hours upon hours of contemplation.

But then again. Nor should we.