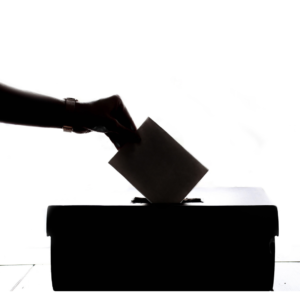 There is an interesting relationship between skill and will. Whereas I might have all the desire in the world to be an Olympic gymnast, my lack of training, my age, and the fact that both my parents didn’t come within spitting distance of ever reaching their BMI, means that I will never achieve that goal. I also don’t like heights and get vertigo when changing a light bulb. Which doesn’t help either.

The skill to will relationship is particularly useful in a business setting. So much so that employers, when determining whether an employee is the right choice for a project or even for the company often create a simple grid to see where that employee sits in terms of will and skill. So, a high skill and high will (drive) makes someone a good choice, whereas a low skill but high will makes them an option if it is possible to upskill them.

There are two areas of the quadrant that are deeply problematic for an employer. One is where there is a high skill but low will, as it is possible to improve people’s training and ability, but it is very hard to get them to do something with passion, if they have none. The second area is where they have neither the ability or the desire to do what they are asked. In that case, most employers, for the good of their organization would do well to have that person exit the environment. Because there is very little chance, one way or another, of a positive outcome.

Why am I going on about this? Because choosing a government to represent us is no different. Taxpayers are employers and on November 1, we get to choose who we would like to engage to do the job of running our cities. We get to look at the candidates and make a decision who we think stands the best chance of doing the job.

I had an interesting morning last Friday when I got to chat separately to John Steenhuisen, DA leader, to Herman Mashaba, leader of Action SA and to Reverend Kenneth Meshoe of the ACDP. Whereas each has their own view of the country and their own nuance, there was one thing that they all agreed on. When I asked them what the number one priority of this election is, they all repeated the same thing: Service delivery. It’s simply about getting the job done. And we get to decide who we think has the skill and the will to do just that.

I know who doesn’t. And that is the party who have had the opportunity to do this for the last 27 years. The ANC through its horrific track record has proven that it has neither the skill or the will to run country. And even if they have had the skill, they very clearly haven’t had the desire or the interest to change lives for the better. If we are to view it from an employment perspective, the ANC falls into the two most problematic areas: They either have the skill by no desire, or they have neither of the two. Both don’t bode well for the company that employs them. And in both cases the organization would do well to have them exit before more damage is done.

There is another concept prevalent in the workplace that is worth considering. And that is the idea of “Servant-leadership.” A servant-leader is someone who focuses primarily on the growth and well-being of people and the communities to which they belong. While traditional leadership generally involves the accumulation and exercise of power by one at the “top of the pyramid,” servant leadership is different. The servant-leader shares power, puts the needs of others first and helps people develop and perform as highly as possible. In essence, a servant leader is someone who understands that they are there at the behest of others and that their job is about serving the greater good. Not themselves.

This is one of the reasons that it is so crucial to vote on November 1. It is easy to say that there is no party that checks all the boxes. But it is also irresponsible. Not voting is the same as voting for the incumbent, it is just a lazy way of doing that. Which is fine if the choice is to vote for the ANC, an employee that has neither the skill, or the desire to run our cities.

It is time that South Africans looked at our cities and municipalities like the businesses that they are. And it’s time that we selected the right people to run them.  In doing so it is worth considering who has the skill as well as the desire or the willingness to get the job done. And then we need to consider if the position is about if it is about servant-leadership or simply about power.

And then, we need to vote.