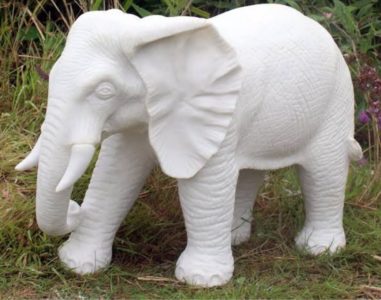 The conversation started when I repeated a question someone had posed to me earlier that day. I thought it was an interesting one, and so when sitting down to a family lunch I posed the question; Would be wrong to prohibit unvaccinated people from attending indoor synagogue services? The debate followed predictable lines where we compared smoking in public and driving drunk to being unvaccinated.   “What about dress code?” I asked. If people came to a house of worship dressed to offend others, would the same argument apply?

My 16-year-old daughter was quick to take this one up. “If you are talking about men, that’s cool,” she said, “but you don’t get to comment on what is and what is not appropriate for women to wear.” When I asked why I was not to have an opinion on this, her reasoning was simple.

“Because you are a man.”

As annoying and as “woke” as her view might be, I can hardly blame her for repeating what is becoming a well-accepted and a dangerous doctrine. Especially if we consider the Constitutional Court judge interviews where candidates were asked if as White males they could serve the court and the country. According to News24, during Dodson’s interview, Mpofu stressed that one of the three “ostensible disadvantages” he had in relation to his prospects of being appointed to the Constitutional Court was that “you are a white male and nobody seems to be talking about that, that’s the elephant in the room”.  Julius Malema was more contemplative when addressing Justice Unterhalter. Malema whilst acknowledging that he was a “very good” candidate, when it came to the “transformation agenda, you don’t fit that purpose”.

“Would I be wrong to consider a black male over you?” he asked the judge.

Unterhalter responded that, while the Constitution clearly required representativity on the Bench, it also had “a powerful idea that we are a diverse country and we want to harness the strengths of our diversity to a shared end, that’s actually our greatest strength.”

Unterhalter was not only questioned about being white, but once again was targeted for his association with the Jewish Board of Deputies, the organisation responsible for the protection and freedom of Jews to worship. Ironically, it is the constitutional court, the very body he sought to represent that court that remains the last bastion of such rights.

There is little doubt how important transformation is, as is the credibility of anyone who might appoint to the highest court in the land. Each person’s background, history and value system and political alliances need to be interrogated and contemplated. But selecting someone based on skin colour or preventing them from serving purely on the basis of religion risks taking us back to the very place that we are struggling to move away from. Even if it’s for the all the right reasons and even if it has the very best of intentions.

And it’s not that different to seeking gender equality by precluding men from having an opinion on a subject that applies to women. We might have become accustomed to this way of thinking. But it doesn’t make it any more sensible simply because we are now used to it.

A few years ago, I ran a body-language training session at a public company. One challenge in South Africa and indeed around the world, is that men sometimes use non-verbal ques to dominate women in their environment. Besides this, there are women who, from a cultural perspective, might not be comfortable adjusting their body language to that which might be expected of them. They might, for example, if they are an observant Muslim or Jewish woman, prefer not to shake hands with a man, or they might not wish to look a man in the eye when greeting. I often have had to work in ways around this and have found techniques to mitigate these challenges. But when I wrote them down in an article that I sent to a local publication I was told that although the suggestions are good ones, they prefer the problem is not solved by a man.

Which is all the pity. And pretty sexist.

The natural trajectory of this approach is to define us in a more and more narrow lane. If being white or Jewish prevents someone from participating. If being male prevents someone from commenting on an issue that pertains to women, then why stop there? Should a person in their 50s be prevented from engaging on a subject that relates to people in their 30s? Or should people in Pretoria not enter a conversation with those in Johannesburg? It won’t take long before we remove all ideas, suggestions and learnings from those who are not exactly the same as we are.

We need to focus on the message and not the messenger, unless the messenger has disqualified themselves. Race, religion and gender cannot be pre-existing exclusions unless we intend finding ourselves back where we started.

I have no idea if people should be prevented from attending prayer services if they are not vaccinated. I have no idea how it differs from smoking or what rules should apply to dress code. But I do know that if I have an opinion I will not hesitate to share it. Even as a 50 year old White Jewish Male.