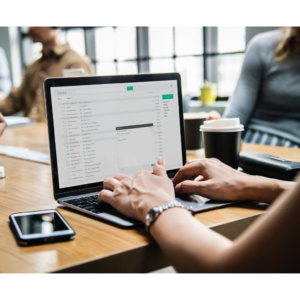 I am a vaccine zealot. Given the choice I would keep my sleeves in a rolled-up position so that I could take a jab whenever the opportunity allowed. If vaccine bingo was a game, where there is a square for each variation available, I would hope to be the first to scream “Bingo!” by receiving as many alternatives as offered. I am also ridiculously law abiding when it comes to Covid regulations, no matter how irrational they might have been and no matter that I think that the current laws are more than a few steps behind.

And there have been some strange regulations. Remember when open toe shoes were a no-go area, when smoking was verboten and when cooked chickens the product of the Covid devil? Recall when the sparsely populated beaches were closed and the jampacked beaches were allowed to remain open. The result was that instead of gathering on the empty beaches people concentrated around the lagoons, which was perfectly and acceptably legal. Or when a fishing license would save you from arrests but swimming in an ocean would land you in a cell for the night.

The change in Covid regulations announced by the South African government Monday needs to be welcomed. In essence, anyone who tests positive but is not symptomatic no longer needs to isolate and anyone who is both positive and symptomatic will need to do so for 7 and not 10 days. Whereas these are moves in the right direction, they lack that courage that is required to move the country forward.

What should have been included is a change to mask wearing regulation, especially considering that there is less adherence to them in any event. And whereas that is hardly a good reason to change the law it is worth considering the following: If people consider the regulations to be either irrational or impractical, they will simply discard them. If they are told to wear masks outside when it makes little sense to do, they will unlikely wear them indoors or in crowded areas where it might make sense. Consider further that should a new variant or another wave become a reality, and the law has not changed, how then do we communicate to people that it is now time to don masks, when they were meant to have done so all along.

Regulation quirks aside, South Africa has on the most part managed the pandemic very positively. The vaccine program might have been slow to start but has been an extremely well-coordinated and managed. It continues to reach whoever chooses to get vaccinated. Hospitals have coped well, and our research and response to variants and testing has been amongst the best in the world. We can be proud of what we have achieved in this area and of the exemplary standard of the medical, scientific and support entities.

Further, it is admittedly slightly unfair to judge all past decisions made at a time of high anxiety and little knowledge from the perspective of information available today. Although there was even back then, no real basis for not allowing the sale of dumbbells or slip slops.

South Africa needs, as a priority, to get back to work. A report released Tuesday observed the impact that lockdown had on the economy. According to Business Insider,

The report, released on Tuesday to launch National Debt Awareness Month, profiles consumers who’ve applied for debt counselling in the final quarter of 2021 and compares it with data gathered over the past five years.

What it found was that there has been a significant increase in the demand for debt counselling at the end of 2021 compared to the year prior, with inquiries up 18%. The start of 2022 saw this increase surge by more than 32% compared to the same period last year. These inquiries come from consumers who are drowning in debt.

It found further that the average take-home pay has dropped by around a quarter since 2016, when taking into account slightly lower nominal income and cumulative inflation of 24% over the six-year period. That’s led more people to take out personal loans which is especially true during the pandemic.

Whether the lockdowns and regulations were required is no longer relevant. What matters now is that given the information that we have, given that we have unquestionably reached some form of herd immunity, that our laws and regulations balance both the medical requirements as well as the economic and emotional needs of the country.

Decisions need to be made with courage and with optimism to ensure a positive outcome.

It’s time to roll up our sleeves, not for the vaccine, and to get back to work.