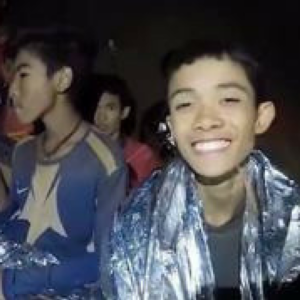 Like many around the world, I watched with wonder and amazement how politics and religion were set aside in order to save the Thai youngsters and their coach. They had spent many days in what must have been a cold, dark sarcophagus beneath the earth’s surface, with at times little to eat or to drink, and with little hope of survival. And yet, in a mission that combined global experience, technology, and know-how, the boys and their coach were brought to the surface.

It was breathtaking. I was moved, and I was inspired, and I was filled with faith in my fellow human. If we could come together for this, we could achieve anything. The glass wasn’t just half full, it was overflowing.

Until I spoke to my wife about it.

“What was the coach thinking!” Was her response. “How dare he take these children and put them in such danger!” In the interest of decent writing, I have chosen to utilize only one “exclamation mark” per statement, but there was no doubt that she punctuated each furious statement with a number that exceeded reasonableness. “He would be safer staying in the cave and never coming out if it was one of my children inside! I can tell you that!” Twenty-seven years of marriage has taught me that when the children become hers and not ours, it is best that I don’t argue.

I am not a self-hating Jew. Never really have been, but I do wonder if the rescue would have gone so magnificently if there had been Jewish boys trapped inside the cave.

Because Jewish boys have Jewish mothers and no cave is that deep that it would protect the poor 25-year-old coach from one of them.

If the boys were Jewish, the coach would have been in protective custody as he prepares for a life with a new name (Ethan Thomson), identity (Australian) and learns about his new home in Alice Springs. Nowhere is far enough and no measure too extreme.

“Maybe they signed an indemnity form?” I asked hesitantly, and possibly naively. My 13-year-old daughter looked at me and shook her head slowly. She actually felt bad for me which very rarely happens. I was grasping, and we all knew that. I had never met the coach and I am certain that I never will, but my heart breaks for him nevertheless. He could not have done this deliberately and he seems to have played a major role in keeping the boys focused during this horrific experience. Worse than that, considering his apology to the parents, he must have been consumed by guilt, but had to put his feelings aside to assist the children.

And he is just a kid himself.

I imagined what would happen if it was my wife and 11 of her friends were at the scene of the cave. No special forces training could have prepared the SEALS for what they would have to deal with. I imagine that almost all would volunteer to either remain under water or at least inside the cave, just to get away from them. I imagine that the SEALS would have been reduced to couriers, taking asthma pumps, Ritalin, fully charged iPhones, Crispy Cremes and some school work (so they don’t fall behind) to their beloved. There would be no time for meditation. They also would probably not have managed to squeeze the small spaces by the time the moms were done with them.

I raised the subject on my morning radio show and asked our listeners to weigh in. My co-host and news reader for the morning, Lindiwe Mkhwanazi told me that her Sotho mom had the same reaction as a Jewish one would. In fact, when Lindiwe was preparing a news bulletin her mother was outraged and had asked, “Ne ba etsa eng?” meaning “What were they doing there?” She too apparently used more than one punctuation mark.

There were clearly many miracles that led to the successful rescue of the boys and of their coach. I still believe that this is a moment that should be bottled and re visited because if the world came together to rescue these children, then one can imagine the wondrous and magnificent possibilities. That aside, I now firmly believe that probably the biggest miracle of the whose situation was that the boys were not Jewish and that they didn’t have Jewish moms. Or Sotho ones for that matter!!