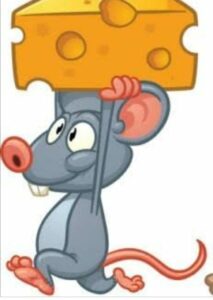 Someone needs to tell Russia that with regard to Ukraine, the term “She is just not into you” applies. Not that there seems much chance that the former Soviet Union would be prepared to look for other fish in the Black Sea. Once again, this time in 2022, Europe seems to be precariously balanced and on the brink of war. Russia, with her unnatural obsession with the Ukraine seems particularly focused, and despite all the conversations, is moving closer and closer to celebrating the summer months at the Radisson Blu in Bukovel.

In business, as in most situations, it is helpful to look at the “Why” instead of the “What.” The “What” in this case is the situation on the ground. What is happening each day? What is the Ukraine going to do? What steps will NATO and the rest of their support base take should an invasion take place? What can further talks achieve and What assistance can be provided to the citizens of Ukraine should Russia make the decision to do what she has wanted to for years?

The” Why” in the discussion is less practical but arguably more important. Why is Russia prepared to further alienate the rest of the world? Why is she so intent on these measures and why would she risk reigniting a cold war that can have few victors?

The experts I have spoken to in the past week have muttered something about NATO. They can’t be sure, of course, because maybe it’s about the fact that Ukraine historically formed part of the Soviet Union and that it’s time for her to come home. Or maybe it’s about access to the Black Sea or the minerals that the country is blessed with.

Perhaps it’s about the cheese?

In a more than strange interview , Viktor Tatarintsev the Russian ambassador to Sweden, when questioned about sanctions should they invade Ukraine, told Swedish newspaper Aftonbladet “We are more self-sufficient and have been able to increase our exports. We have no Italian or Swiss cheeses, but we’ve learned to make just as good Russian cheeses using Italian and Swiss recipes.”

In a case of both belts and braces, he took it many steps further by saying that Russia “doesn’t give a s**t” about the risk of Western sanctions if it were to invade Ukraine.

In fairness, he did ask forgiveness with “Excuse my language”, but then went on to say “we don’t give a shit about all their sanctions,”

“We have already had so many sanctions and in that sense they’ve had a positive effect on our economy and agriculture.”

Of all the examples in all the world, it was the cheese that he chose to focus on. And that is the one that caught my attention.

Conspiracy theory? Coincidence? I think not.

Consider that the well-known phrase  “An army marches on its stomach” that has been attributed to Napoleon who invaded Russia in 1812. He did so in order to prevent Russia from trading with English merchants. The campaign was a disaster with the French armies never quite recoveries from the effort of it all. Could this be the “Why” that we have been looking for?

Consider further the little known fact that Ukraine is a significant cheese manufacturer. Number 23 in the world. It in fact bolts out more than 192,000 metric tons of the stuff each year. A point of reference is that Switzerland, referred to by the Russian diplomat produces a little over 191,000 metric tons. Which makes the military exercise even more suspicious.

Is this about who moved Russia’s cheese?

Predictably no one seems to have any real idea what to do with the Russia -Ukraine problem. The Brits are screaming about the gas pipeline, the French want everyone to make love, not war, Biden is struggling to remember what happened the last time he tried to evacuate Americans and the United Nations, having just realised that this is a potential problem, is urging everyone to settle down. Or sharply worded (but not too sharp) statements will be debated and then issued once all meaning has been stripped off them.

What we need to do is revisit the history of Europe and remember what happens when nation war. The politicians and the diplomats will be fine. The United Nations will remain unaffected. But people in Ukraine will die. Markets will topple and people around the world will slip further into debt and poverty. A post pandemic world is not a robust one. It is one that is anxious, jittery and precarious. It is a world that can hardly afford  to be plunged into a conflict of this nature.

There might be many reasons why Russia is seeking this conflict. But there is one clear reason why it should not.