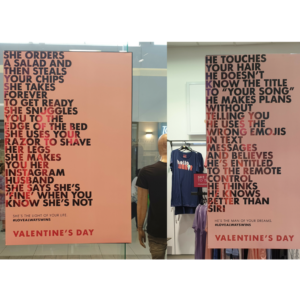 We need to get a grip. We need to call out vendors and companies when they actually do wrong and not when some sensitive, thin-skinned soul has a bad day, writes Howard Feldman.

The cooking instructions on the box of the stainless-steel cut oats said something about microwaving it for 10 minutes at 50% power. It was 05:00. I was late for the studio and I assumed that no one would appreciate being woken up to clarify what on earth the instructions meant.

I didn’t even know why these oats had to be cut with stainless steel and why that made them so special. I figured as follows: If they demanded I cook it at 50% for 10 minutes, then surely the instruction people would be happy if I cooked it at 100% for 5 minutes. Made sense. So, I poured the water, hit the start button and went to get ready.

The first thing that I noticed when I opened the microwave door was that the bowl was now empty. The stainless-steel cut oats had vacated their original home and had settled everywhere else. The oats had managed to harden themselves to become a cement like substance.

There was little doubt that it would take a chisel and a hammer to free it from the roof of the appliance. This making of oats thing was not nearly as simple as the box had made it out to be.

When I recounted the story to my co-host at Chai FM, she rolled her eyes and said, “Such a typical male thing to do! Why can’t you just follow the instructions? It’s not complicated!”

She was right, of course. (Some of) us men can be like that.

This non-event happened to have occurred on the same day that Woolworths was forced to re-call an in-store Valentine’s Day advert that poked fun at the stereotypical differences between the sexes (male and female):

“She orders a salad then steals your chips; she takes forever to get ready; she snuggles you to the edge of your bed; she uses your razor to shave her legs; she makes you her Instagram husband; she says she’s ‘fine’ when you know she’s not.”

“He touches your hair; he doesn’t know the title to ‘your song’; he makes plans without telling you; he uses the wrong emoji’s in text messages and believes he’s entitled to the remote control; he thinks he knows better than Siri.”

Indeed, the advert might not have been the most creative piece of magnificence to ever have been produced. Indeed, it was heteronormative in focus. Indeed, I am sure that not all women order salad but then eat your chips anyway and I am sure that some men don’t think that they know more than Siri. But that’s what harmless and light stereotypes do. They poke fun.

Woolworths withdrew the advert. Which was the smart thing for them to do. Their decision was to remove the “offending” item from the public eye as smartly as possible and to stymie any negative talk – of boycotts and other such threats.

The problem is that by doing so, I am certain that they did not do us any favours. Because the other message that they sent is that they are afraid of the outrage police and that it’s not worth withstanding, what I believe, is phony outrage.

I am deeply aware of the dangers and subtleties of misogyny and of the unfair treatment that gay couples often receive. Part of my corporate work focus is on the very issue of empowering people in the work place in South Africa. I am well aware that these challenges are far from resolved in our environment and that we have a long way to travel on the road towards real and natural equality. That said, I believe that forcing Woolworths to remove the “offending” posters does nothing to further this cause.

With regard to the heteronormative focus, one has to consider the following: Should Woolworths (or any other store), not advertise a X-mas special because I happen to be Jewish and I might be offended by the exclusion? Of course not! So long as I am valued and that I am represented in another campaign, then it’s perfectly acceptable for them to do so. Rather, Woolworths should be asked if they are inclusive of their gay customers in other adverts. Surely, not every advertisement needs to be aimed at everyone, so as not to offend anyone.

The positive (and perhaps cynical) spin on this story is that things must really be looking up for us in South Africa for this to become the thing that outrages us. Corruption, crime, education, the employment crisis must be well under control for us to have so little to worry about.

Alternatively, we need to get a grip. We need to call out vendors and companies when they actually do wrong and not when some sensitive, thin-skinned soul has a bad day.

With all this, I still have no idea how to cook those stainless-steel cut, gluten-free oats that everyone says is so good for me. I might well revert back to Weet-Bix.

This article was first published at News24